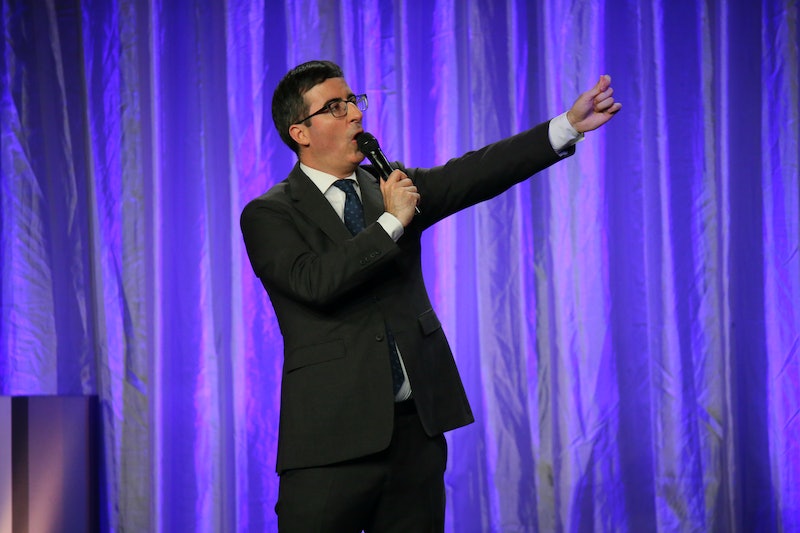 With the horrific attacks on Paris still fresh on the world's mind, you were sure that John Oliver would have a few choice words to say. And he didn't disappoint. During Last Week Tonight on Sunday, Oliver called the Paris attackers "assholes," and while you could argue that it was a less tactful way to address global terrorism, it still felt damn good to hear him say it.

Here are his full remarks at the start of the program:

Sadly, we must begin with a few words about France which, on Friday, suffered the deadliest attack on its soil since World War II. Look, it's hardly been 48 hours and much is still unknown, but there are a few things we can say for certain. And this is when it actually helps to be on HBO, where those things can be said without restraint. Because, after the many necessary and appropriate moments of silence, I'd like to offer you a moment of premium cable profanity.

Second, and this goes almost without saying: Fuck these assholes! Fuck them, if I may say, sideways.

Oliver would go on to celebrate French culture as evidence that the country would endure and rise above the recent tragedy.

And third, it is important to remember nothing about what these assholes are trying to do is going to work. France is going to endure. And I'll tell you why: if you're in a war of culture and lifestyle with France, good fucking luck! Because go ahead, bring your bankrupt ideology; they'll bring Jean-Paul Sartre, Edith Piaf, fine wine, Gauloises cigarettes, Camus, Camembert, madeleines, macarons, Marcel Proust, and the fucking croque-en-bouche. The croque-en-bouche! You've just brought a philosophy of rigorous self-abnegation to a pastry fight, my friends. You are fucked! That is a French freedom tower.

So, to the people of France, our thoughts are truly with you, and I do not doubt that there will be more to say about this as events unspool, but for now, we are going to continue with the rest of our show.

Thank you, John, because the world really needed that. And thank you, HBO, for allowing him to use cable-sanctioned profanity.