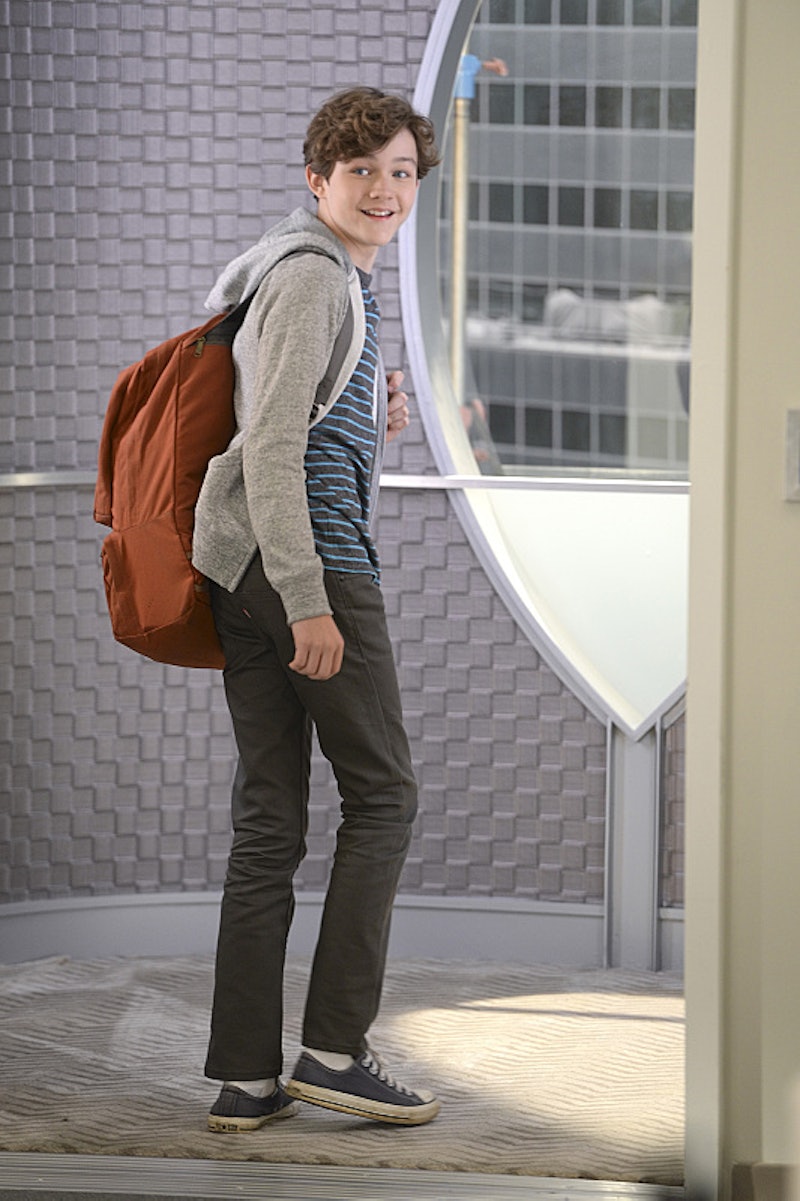 The majority of the main characters, guest stars, and villains on Supergirl are pulled straight from the DC Comics — well, maybe with some slight alterations. For instance, famous Superman photographer Jimmy Olsen goes by his more formal name, James, and Cat Grant's son goes by another name entirely. So who is Carter Grant on Supergirl and how does he fit into the upcoming episode "How Does She Do It?" The actor playing Cat's son is a relative newcomer to the movie and TV scene, and we don't know much about his character yet, but he'll play a big part in Episode 4 of Supergirl's first season.

Carter will be played by Australian actor Levi Miller, who got his big screen break this year in Joe Wright's Pan, and now has a number of projects lined up for the future. In terms of his upcoming roles — aside from Carter on Supergirl, of course — Miller is set to star in Jasper Jones, an adaptation of the Australian novel by the same name alongside Hugo Weaving and Toni Collette, and Blue Dog, the followup to hit Australian film Red Dog.

As for how Carter will factor into "How Does She Do It?" according to the official episode synopsis, "Kara is tasked with babysitting" him for Cat. The promo for the episode, below, teases that Kara quickly finds out she and Carter share a common interest: Supergirl. However, Carter's interest seems to be more along the lines of a crush on the cape-wearing superheroine — something he shares with Winn, who stumbles over hiding his own connection to Supergirl. Although Carter doesn't seem to be based on a character from the DC Comics, Cat Grant does have a son in the books named Adam Grant. He has a very small role in the comics — it's more like a footnote, really — but he does have ties to Toyman, who will appear on Supergirl . Actually, in the comics Adam is killed by Toyman, who later claims a robot version of himself did it because he would never kill a child (sure, OK). However, with the name change, it doesn't seem Carter's storyline will follow a similar path to Adam's. At least, I hope not, since that's a bit too dark for Supergirl.

Perhaps the most interesting aspect of Carter arriving in "How Does She Do It?" is that we may get to see a softer side of Cat. Technically, we already saw a less-brutal side of her in "Livewire," but I'd really like to see what Cat is like as a mother. Is she as strict with Carter as she is with her employees? Or is she totally different around her son? Does he have journalistic ambitions like his mom? I can't wait to see this other part of Cat's life when Carter is introduced on Supergirl.