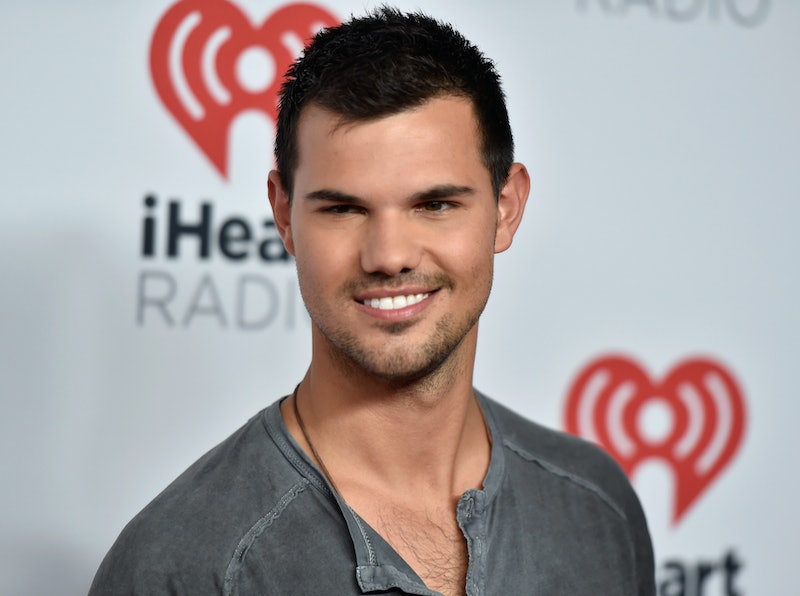 You know when you're at a party and there is always that one person who busts out their infamous party trick? It's always kind of exciting when you meet someone who tells you they can make balloon animals or can recite the alphabet backwards, because variety is the spice of life, right? Regardless of how non-exciting we think we might be, there is surely a little secret talent you have hidden in there. Celebrities show us a lot of their talents in the public eye, but there are plenty of celebs who also have some weird hidden talents that you would never have expected.

Personally, I have an almost photographic memory and I am kind of a pop culture wizard, which helps me out in trivia games, shouting at my television during Jeopardy and... not much else, honestly. But hidden talents don't need to be much more than that; they are just something that you stumbled across or struck a weird fancy in you that not many other people can understand.

We're all a little weird, so, without further ado, here are some celebrities who have weird and unexpected hidden talents that they've shown off every once in a while.

Leslie Mann has confessed a few times that she loves unicycles and is really good at riding them. She told Oprah.com of her secret talents, "Riding a unicycle. I got one for Christmas when I was 10 and taught myself how to use it. Now I can do all kinds of tricks, like cycling backward and jumping off curbs."

I think we all would expect Kesha to have a super weird ideas when it comes to talents and crafting, and we're right! Back in 2012, she asked her fans to send in their teeth so she could make outfits for herself. Well, that's something I never thought I'd write. She told BANG Showbiz, "I asked for them to send me their teeth and I got, like, over 1000 human teeth... I made it into a bra top, and a headdress, and earrings, and necklaces. I've worn it out!"

Taylor Lautner plays with his food in very unusual ways. The actor is pretty skilled at catching grapes in his mouth, and has shown off his talents on late night talk shows.

Pierce Brosnan, ex-007, is a fire breather! In 2003, he shared with The Guardian that he went to a workshop to learn to fire-eat. He said, "This guy was a street performer and he was teaching us how to put the flames across the chest and the young ladies had to take their bras off — there were no bras then anyway." He still can do the trick and showed it off on The Muppets Tonight in 2004.

MJ is king of many things, but did you also know that he was a painter? In 2011, the public was able to see what Jackson had stored in his secret Santa Monica hangar, which doubled as a studio. One of the most interesting pieces discovered was his collection of drawings... of chairs. His friend and fellow artist Brett-Livingstone Strong told LA Weekly, "He loved chairs...He thought chairs were the thrones of most men, women and children, where they made their decisions for their daily activity. He was inspired by chairs."

Mike Tyson has a very soft spot for an unexpected animal: the pigeon. He is actually obsessed with the bird. In 2011, Tyson starred in a reality show on Animal Planet, Taking on Tyson, which followed him as he entered the world of pigeon racing. He told Entertainment Weekly about his beloved bird friends, "Pigeons have had [their] place during some memorable moments in history — the pigeons were very necessary for the Crusades… What was interesting was when Napoleon fought [the Duke of] Wellington, and when Wellington won the war, somebody was spying for the Rothschilds." You really learn something new every day.

Irish bad boy Colin Farrell got his start being a line dancer back in his hometown of Dublin. During a visit to Late Night with Jimmy Fallon, the host uncovered tons of photos from the actor's dancing days in the '90s. Seems like he can still swivel his hips just as good today.

OK, maybe this one isn't so weird or creepy, but it certainly is unexpected. In just another reason to add on the list of why to be jealous of Delevingne, she has shown off her talents as a beat boxer.

Not many civilians have the stomach or the skills to deliver a real human baby, but Matthew Morrison is actually a veteran in doing so. When promoting his film What To Expect When You're Expecting, Morrison shared that his father was a midwife and taught him the tricks of the trade. He told Access Hollywood, “I’ve been in a delivery room once, where I delivered two babies... I was a senior in high school and it was supposedly take your kid to work day, I guess... [My dad] just kind of just talked me through it. I don’t think the women really knew what was going on anyway.”

Justin Bieber can send millions of girls into a tizzy with one brooding look, but also lets his genius side show a bit when he solves a Rubik's Cube in mere minutes. Bieber has been showing off his Rubik's talents since the early days of inhis career, and I have to say, I am very impressed.

Jessie J's vocals are so crazy good, that she can even sing with her mouth closed. She told Graham Norton that she grew up "pretending she lived in a box," and a talent was born.

Patrick Dempsey really likes juggling, and it's actually been more than just a hobby for him. When he was younger, he was involved in many competitions and placed third at the National Jugglers Convention. He has even performed live on TV with the Flying Karamazov Brothers, a juggling and comedy troupe, and he definitely held his own.

Neil Patrick Harris is an actual magician. Harris is on the board of directors of the infamously weird Los Angeles haunt The Magic Castle, where magicians get together to share their secrets. Yes, this is a real place. In 2008, he also hosted the Magic Awards ceremony in Las Vegas, so he knows his stuff.

I would say one of Jennifer Lawrence's biggest talents is being the girl we all want as our BFF, but it's not her only skill. In a video for MTV, Lawrence showed off her talent of stuffing marshmallows in her mouth and did an impressive 10 marshmallows! Seems like she would be the one to beat while playing Chubby Bunny.

Can you imagine getting all these celebs together at one party?