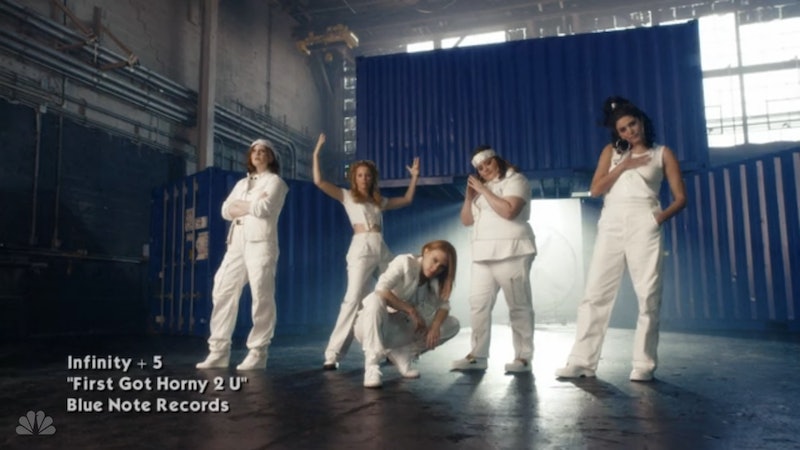 In the sketch, four female cast members and host Elizabeth Banks are dressed all in white (and in some of the most ‘90s outfits you’ve ever seen) and are standing in the middle of a set that looks like a futuristic factory. So, basically like they are straight out a Backstreet Boys video, and the look is perfect for the song. Because, in between the chorus, the video cuts to each of the women as adolescent girls, getting super turned on by some pretty stellar ‘90s crushes — Robbie from Dinosaurs, JTT, and the very questionable Menedez Brothers. (Awkies.)