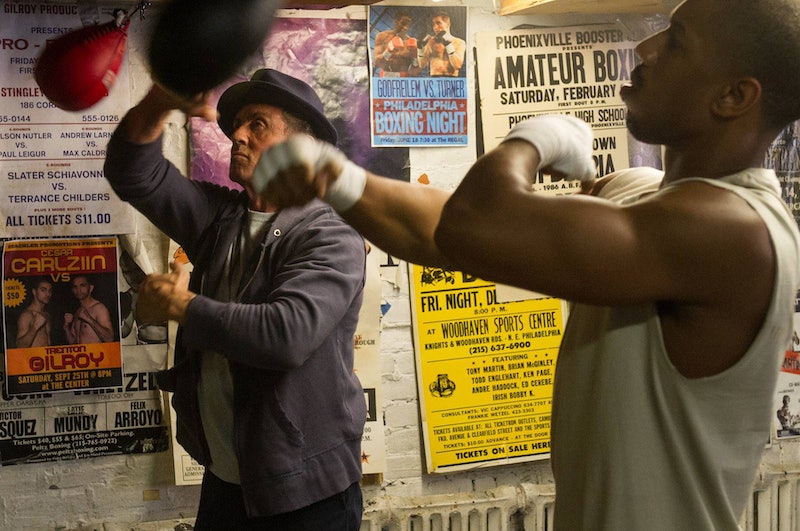 A new era of Rocky will begin when Creed steps into the ring and into theaters on Nov. 25. The film follows the early stages of the career of a next-generation legacy of the original Sylvester Stallone films. Michael B. Jordan, most recently of Fantastic Four and That Awkward Moment, plays Adonis, the son of a legendary Rocky opponent, Apollo Creed. (Got to love the commitment to the godlike naming convention.) Apollo was a competitor who Rocky deeply respected; in this one, the patron saint of underdogs takes on the challenge of training his old adversary's kid. The Rocky films have struck a chord in a few generations of fans already. What's not to like about a allegory for overcoming impossible odds, allowing defeat to change you for the better; and getting right back up when you're knocked down? If Creed can maintain the Rocky spirit and add some fresh perspective to the age-old tale, then it might mean the resurgence of the franchise. So, are there currently plans for a sequel to Creed ?

If the creative team and stars have anything to say about it (and they do), then Creed 2 will be a reality. Way back in July of this year, star Michael B. Jordan was already talking up the future of Creed like a boxer in a pre-fight press conference. He told ComicBook.Com that he sees a far-reaching future for this character.

[Creed is] definitely not one and done. Definitely a franchise, for sure... We're already thinking about the next ones, too...You'll see more of Adonis.

That's some confident talk from an actor whose movie was then months away from seeing the writing on the wall in terms of box office business and critical response. But I can forgive Jordan's boldness because the pedigree of the film itself seems to spell out sure success. One of the actor's most acclaimed performances was in the devastating and brilliant biopic Fruitvale Station. Writer/Director Ryan Coogler was only 27 when Fruitvale Station took the festival circuit by storm. Now he's directing Jordan again, this time in a big-budget Hollywood sports drama. If that collaboration can translate into a new genre with the same emotional resonance, Creed will certainly be a hit.

Earlier this month, Jordan and co-stars Sylvester Stallone and Tessa Thompson traveled to Rocky Balboa's hometown of cheesesteaks and the Eagles to attend the mayor's declaration of Creed Day in Philadelphia, according to PhillyVoice. At the public celebration on the steps of the Philadelphia Museum (more famous for Rocky's run, probably, than as the gateway to art), Stallone also proclaimed that Adonis Creed is now the caretaker of the franchise and promised a return for the character with one simple statement: "We will be back."

Of course, the business trumps all. And though preliminary steps may have already been taken in terms of a Creed 2, the studio can shut the budding project down at any moment. Yet if Creed is as successful as its stars are hoping, there's nothing standing between audiences and more bouts with this new character.