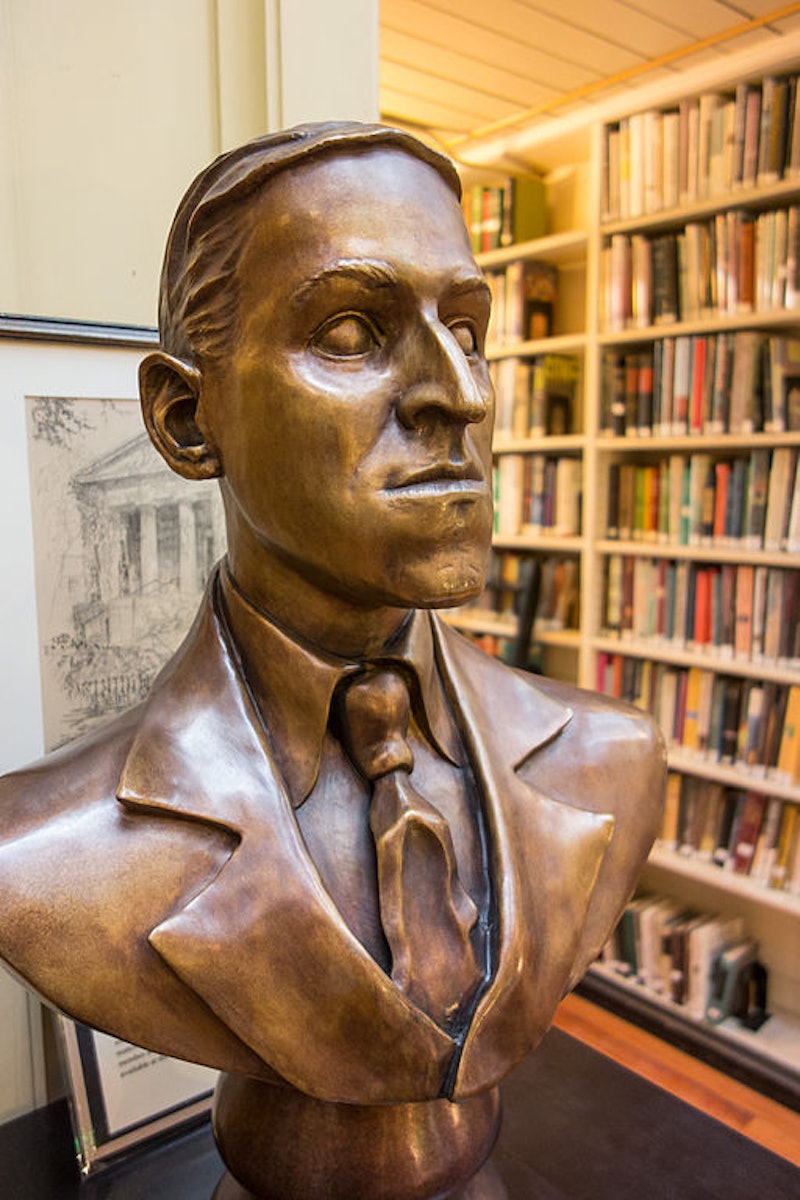 Recently, the World Fantasy Convention officially decided to stop using a bust of H.P. Lovecraft as its award trophy, amid debate about the author's beliefs. Calls to change the award began last year as Shadowshaper author Daniel José Older started a petition asking that the statue be changed to Octavia Butler, another early and influential writer in the genre, as Lovecraft was "an avowed racist and a terrible wordsmith." Beginning next year, as of a decision on November 8, Older and other supporters got their wish: H.P. Lovecraft will be removed as the emblem of the fantasy award. However, the decision has sparked further debate — particularly from Lovecraft's biographer S.T. Joshi.

The fact that HP Lovecraft held racist and xenophobic views is not widely disputed, though some insist he was simply a product of his time. However, many object to using Lovecraft as the face of science fiction and fantasy, especially in the modern day, women and when people of color are still marginalized in the genre.

In a blog post describing her feelings after she discovered a Lovecraft poem entitled "On the Creation of N—s," World Fantasy award-winning author Nnedi Okorafor wrote, "This wasn’t racism metaphorically or abstractly rearing its ugly head within a piece of fiction, this was specific and focused. Who does that? Even in the early 1900s?"

When the news was announced that Lovecraft's bust would be dropped, Older praised the decision in The Atlantic:

Writers of color have always had to struggle with the question of how to love a genre that seems so intent on proving it doesn’t love us back. We raised our voices collectively, en masse, and the World Fantasy folks heard us.

The convention has not yet announced what the new statue will be, but many are agreed that no longer using Lovecraft is an important step toward genre inclusiveness.

However, not everyone is happy with the decision.

HP Lovecraft biographer S.T. Joshi has returned his two World Fantasy awards in protest of the decision. He also says he will no longer be attending the World Fantasy Convention, and he believes that Lovecraft will continue to have a prominent place in science fiction and fantasy.

Writing on his blog, Joshi, describes the convention's decision as "meant to placate the shrill whining of a handful of social justice warriors." He also includes in the blog post the text of the letter he sent to the World Fantasy Convention in which he writes:

The decision seems to me a craven yielding to the worst sort of political correctness and an explicit acceptance of the crude, ignorant, and tendentious slanders against Lovecraft propagated by a small but noisy band of agitators.

He adds that he has no doubt that Lovecraft's legacy will be unaffected by "this silly kerfuffle."

So is Joshi right about Lovecraft's legacy? Well, it's certainly true that HP Lovecraft was one of the most influential early voices in the science fiction and fantasy genre. (If "Call of Cthulu" doesn't still terrify you almost 90 years after it was first published, you are made of stronger stuff than I.) But there is a difference between recognizing an author's influence and honoring them as a person.

Debates over HP Lovecraft's place in science fiction and fantasy come at a time when speculative fiction is in the midst of a larger conversation about the often marginalized status of women, people of color, and LGBTQ people within the genre, as was seen earlier this year with the "Sad Puppies" and "Rabid Puppies" controversy at WorldCon.

So does becoming more inclusive mean becoming more critical formerly lauded voices in science fiction and fantasy who held bigoted beliefs? And even more intriguing: what will replace Lovecraft as the World Fantasy Convention's award statue?

More like this
Aesop's Queer Library Is Open
By Tomi Otekunrin
16 Novels That Paint A Realistic Portrait Of Abortion
By K.W. Colyard
Why You're Seeing Green Bandanas At Abortion Rights Protests
By Lexi Inks
Windrush Victims Are Still Waiting For Compensation
By Sam Ramsden
Get Even More From Bustle — Sign Up For The Newsletter