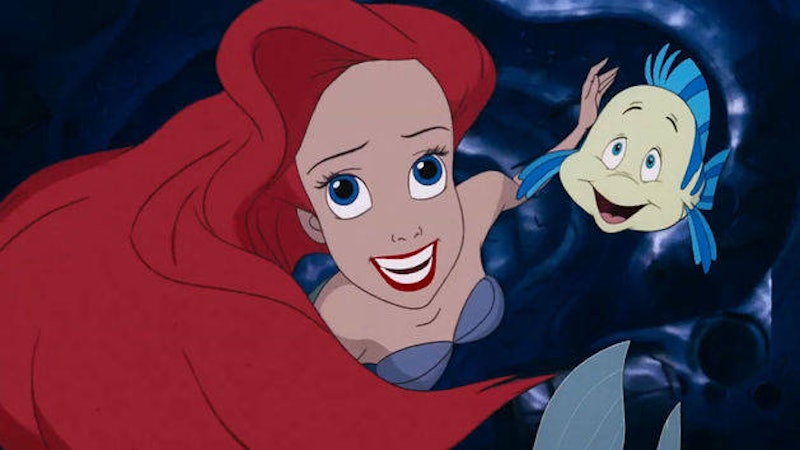 Sometimes a character is so far-fetched, it’s hard to believe that some writer sitting alone in front of a computer was able to come up with them. So when you hear that some characters are based on actual people or real circumstances from someone’s life, it’s even more difficult to imagine that. Those characters and those situations are so bizarre or so strange that you can’t imagine anyone actually being like that in real life. But you’d be surprised by how many characters on television and in movies have been based on real people. Even the super weird ones.

Because rarely are writers able to completely create a character from scratch. There is always some sort of distant — or not-so-distant — similarity to their neighbor down the street or the first boy they had a crush on or their crazy uncle from Alaska. So, it’s no surprise that many of Hollywood’s favorite characters were in fact based on real, live people. Sit back and take a look at these characters, all of which were influenced by real people. It’s pretty amazing to think that these characters you love for how overly sweet or wacky they are have actual equivalents in the real world. It makes me want to run out and meet them all (or hide from the really scary ones).

This whacktastic neighbor of Jerry Seinfeld was actually based on Kenny Kramer, a real-life former neighbor of Larry David, the co-creator of the show. It turns out that both Kramers like wearing their hair large and coming up with crazy ways to make money.

This notorious Italian gangster was inspired by Salvatore “Bill” Bonanno. And, although he was the son of a mob boss who wanted out of the business, Bonanno was never entirely in it himself. He spent most of his time as a consultant for mobster movies.

This funny guy was inspired by a friend of the Coen Brothers, Jeff Dowd. The only difference? Dowd actually has a job.

If you thought that a priest turned amateur wrestler could only be a thing of Hollywood dreams, you should think again. Jack Black’s title character was based on Sergio Gutierrez Benitez, who was a priest that became a masked wrestler in the 1970s to feed his orphans.

Popeye’s creator, E.C. Segar, created several of his characters from real people he knew from his hometown. And Popeye was no exception. This character is based on a local tough guy from Chester, Illinois, one Frank “Rocky” Fiegel.

Alyssa Milano didn’t even know she was the inspiration for Ariel, the title character in The Little Mermaid, but she must have been flattered. In those days, the actress was famous for her starring role in Who’s The Boss.

This cartoon character that you know and love was apparently created as a parody of the actress Helen Kane, a woman from the ‘20s who loved acting like a sexy baby and had the same catchphrase as Boop. You know the one: “Boop-oop-a-doop.”

What’s amazing to me in all of these examples is that they are characters whose characteristics are so over-the-top that it’s hard to believe they’re anything but fictional. I guess art really does mimic life.

More like this
Everything We Know About Jerry Seinfeld's Pop-Tart Movie
By Radhika Menon
Emma Thompson, Lashana Lynch, & Stephen Graham Lead Netflix’s 'Matilda'
By Sophie McEvoy
15 Intriguing Movies On Netflix That Are Based On True Events
By Mary Kate McGrath, Shannon Barbour and Grace Wehniainen
Everything To Know About 'My Big Fat Greek Wedding 3'
By Grace Wehniainen
Get Even More From Bustle — Sign Up For The Newsletter