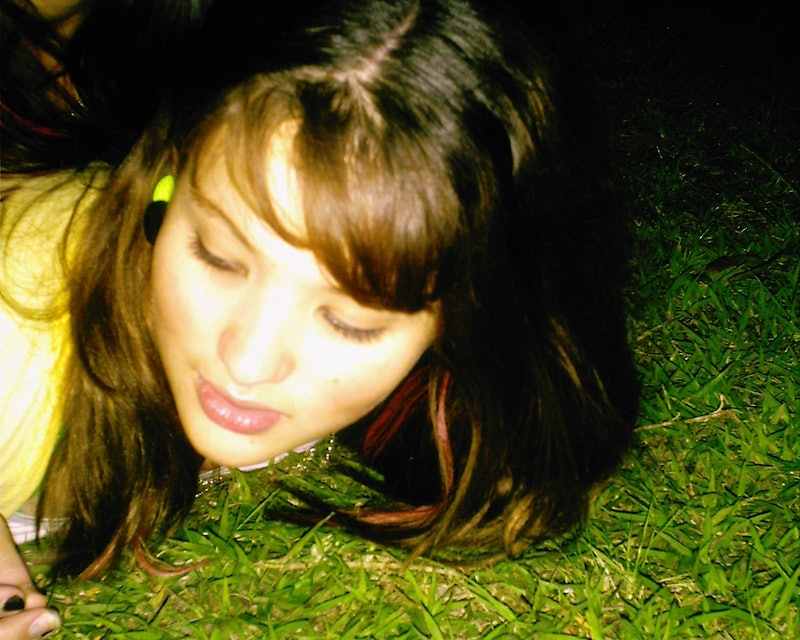 I can't speak for all Millennials nor would I ever want to try, but based on my experiences with people born in the '80s and early '90s, it seems that many of us grew up hearing a certain set of body shaming comments that shaped our formative years. They're comments that suggest that fat is always ugly; that "skinny" is important, but "too skinny" is unhealthy. They're comments that made it so, years down the line, most of us have had that moment of staring in the mirror and feeling so dissatisfied it physically hurts. And not just dissatisfied over one part of the body — one "flaw" — but over most of it.

I'm sure that feeling sh*tty about our aesthetics has been a pretty intrinsic part of being a human for some time now. My parents did it (and still do), and I know their parents did the same (albeit to a lesser degree, as far as I'm aware). If you've ever watched Mad Men, then you know that fat shaming in the '50s was f*cking real, too.

But maybe by acknowledging how harmful these comments have been — maybe by being unafraid of talking about feelings and trauma and the messed up baggage that comes with living this day in age — we can stop ourselves from allowing these words to live on. These are nine body negative things that have undoubtedly shaped our perceptions of body image, worth, and self love — but that we can probably remove from the conversation if only we try.

The truth is, there should be no "but" to this sentence. There is no "if only you lost the weight," or "if only you learned to not be a snacker." Most chubby kids get told their only beauty lies in those cute chubby cheeks, making it so the rest of the body becomes a source of shame and self-deprecation.

This one always reminds me of that scene in Little Miss Sunshine where Olive's dad gives her a hard time for wanting to eat some ice cream. Most people are told from a young age that "getting fat" is one of the worst fates a human can have. We're told that eating too many sweet treats means we have no self control. And when we're told that "fat is a horrible thing to be," we end up believing that any "extra" ounce of it should force us to take a long, hard look at the mirror and make a change.

3. "Does this (insert garment here) make me look fat?"

I honestly don't know how many times I watched my mom or my sisters change their clothes and change them again because they felt something or other made them look fat. It's just further proof that we prioritize how heavy or thin we look above a whole lot of other sh*t. Like how happy we feel in our outfit or how comfortable said outfit is. Sometimes we even begin to lose sight of the styles we actually like, too caught up in the styles that slim us down to care.

There are so many things we grow up believing to be "flaws," because they're uttered in such condescending tones. Seriously, people take characteristics like "fat" or "skinny" or "short" or "lanky" or "freckly," and turn them into inherent negatives, when all they are is descriptors.

To an extent, we probably can't be blamed entirely. Our media certainly influences what we think are good or bad traits based on the imagery we're presented with. But when things that are perfectly normal are placed into sentences that lend themselves to body hate, we're only creating sources of body shame where they need not exist.

IMO, no one should have to grow up with any kind of understanding of "flattering" versus "unflattering." There were so many times during my formative years when I was chastised for wearing something too tight that showed off my baby muffin top, or something too short that revealed that I already had thighs that chafed. There were times I was told certain styles weren't "ladylike" enough, or that I had to look more presentable.

Personally, I think everyone should be allowed to enjoy their childhoods in peace. So that maybe one day kids who feel that they can wear what they want for no other reason than that it makes them smile will turn into adults who do the same.

Even though thinness is directly tied to mainstream conceptions of beauty, skinny shaming is still a very real thing, and it's definitely something many people grow up surrounded by. I remember the resentment that would boil in my soul when I'd lose weight after being fat shamed endlessly, only to then be told to eat a burger because I was starting to look boyish and frail.

At the end of the day, as society stands now, there is rarely any pleasing people when it comes to how you look. All you can do is focus on preserving your own wellbeing and tuning out all the other stuff.

There's so much wrong with this statement, from the suggestion that any wobbly bits are ugly to the notion that we should dedicate brain power to caring about what other people think of our bodies. It's also likely why so many women think their stomachs are their worst "problem area" as they grow older.

The truth is, there's nothing wrong with any tummy. Rather than putting blame on individuals for daring to exist in their bodies, I think we need to remind individuals that if someone has a problem with their body, it's that person's problem and not their own.

If... what? Not that mainstream ideals of beauty should be No. 1 on anyone's priority list, but I propose that we abandon this notion that beauty is some kind of measurable, finite thing altogether. Growing up, we were likely told that "beauty" was something that would come when X amount of other measures were taken: When weight was lost or gained, when hair was cut or grew longer, when makeup was put on or taken off. This means that as we aged, some of us set limitations on ourselves. "I'll travel when I do this." "I'll date more when I do that." "I'll allow myself to feel good after I've changed (insert body part here)." Just because these comments shaped our perceptions on worth and beauty, however, doesn't mean we have to be a part of their perpetuation.

By changing our language, we can make it so these body negative comments aren't just the "norm" down the line. It'll probably take all of us. It'll take everyone consciously trying to teach kids the meaning of self love and the importance of diversity in all walks of life. It'll take a restructuring of the way we talk about weight and body image and appearance and, yes, beauty. But those things aren't impossible to do. After all, they start with being mindful of our language. And the beauty of being mindful of our language is that we can do it anywhere, anytime, with whomever is in our vicinity.

More like this
I Have Eyebrow Alopecia – & Microblading Gave Me My Confidence Back
By Jessica Morgan
9 Celebrity Couples With Matching Tattoos
By Jordan Murray
Yes, You Can Buy Off-White’s New Beauty Range In The UK
By Tomi Otekunrin
10 Show-Stopping Manicures From The 2022 BET Awards
By Paris Giles
Get Even More From Bustle — Sign Up For The Newsletter