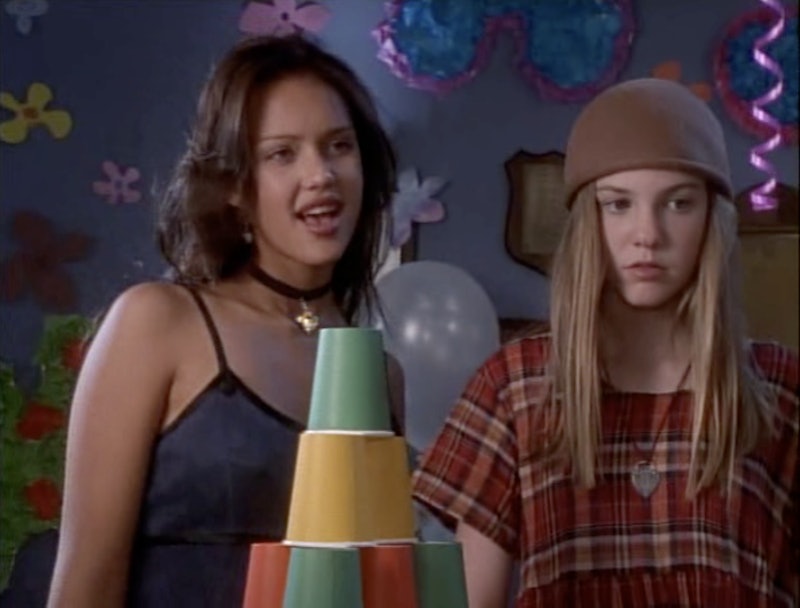 It’s fun to rewatch the shows and movies that you loved as a child, if for no other reason than to relive your childhood and laugh at the things that you found so amusing as a kid. But when it comes to some of your favorites shows, you might end up realizing, halfway through your marathon, that there is actually some serious validity to this show, and you may have missed these pearls of wisdom as a kid. Like The Secret World of Alex Mack, for instance. Sure, the show was often surface level. The episodes revolved around Alex Mack, an ordinary teenager who is accidentally got sprayed with a mysterious chemical that gives her bizarre powers, like telekinesis, the ability to control electricity with her fingers, and the capacity to turn into this weird metallic liquid stuff. For sure, that’s pretty surface-y stuff. But underneath the surface of this show and its title character, there were also some awesome messages about accepting yourself for exactly who you are and trusting other people with your truth.

Just take a look at some of these awesome episodes from the series. They weren’t just about Alex Mack and the trouble she got into. They were about some pretty significant life lessons, and you probably didn’t even know it.

Sure, this first episode was all about Alex’s first day of middle school and getting drenched with the chemical that would change her life forever, but, watching this as an adult, you realize how much that chemical spill was really a manifestation of her inner emotions as she transitioned into middle school and faced an ever-increasing onslaught of hormones. I mean, who didn’t feel like a freak for all of middle school?

Let this be a lesson to all of you: Do not procrastinate. Alex puts off her science project until the last minute and then uses her powers to get it done in a flash. But the fact that it’s so amazing makes everyone think that she cheated. The big takeaway from this episode: There is no substitute for hard work.

It’s the Christmas Carol of Nickelodeon. This episode showed Alex Mack convinced that the people in her life would be better off without her. She’s shown a world in which she didn’t exist, and it’s a very stark wake up call.

This is where things got super trippy. Doused with the plant’s new compound, a second Alex is formed from the original, but she’s super bad and selfish. She traps the real Alex and wreaks havoc on her otherwise lovely life.

Friend crushes were so a thing in middle school, and when Alex befriends a new girl who has her own style, she tries to be exactly like her. Unfortunately, it doesn’t end too well for Alex, who learns the hard lesson that being yourself is more important than fitting in or being cool.

Alex makes the cheerleading team but quickly realizes that she liked her life better without all of the popularity and glory that the team brings. Yet another life lesson from Alex Mack about being true to yourself and loving the life you have.

In this episode, Alex gets stuck with her old rival and fellow camp counselor Kelly in a spot of danger. When the two are faced with the high stakes of getting out of this sticky situation together, they realize that they might be friends after all. It’s amazing how hard times can bond people together for good.

There you have it. Seven episodes of The Secret Life of Alex Mack that were probably teaching more things about life and love and friendship than you ever realized.