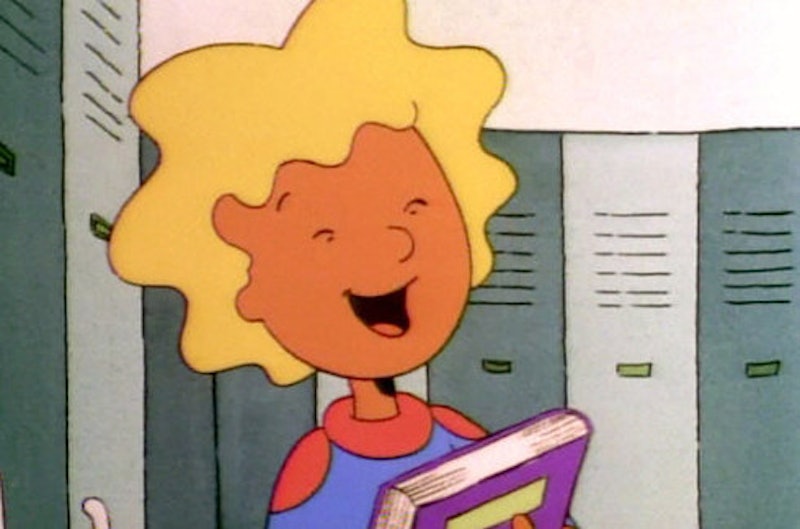 On a recent trip home to visit my parents, I discovered a secret box in my childhood bedroom. The "secret" box was merely a Steve Madden shoe box that I had decorated with plastic gems and size stickers from department store clothing. I remember writing secret in script with a black Sharpie marker, but the 15 plus years it aged on my closet floor aged it to a speckled gray.

In elementary school, I wrote letters to myself. Many were lists a la: 10 Boys I Love Right Now. Others were longform notes detailing my hopes and wishes and dreams. I put those folded pieces of hole-punched paper into the secret box for a good reason – they were filled with personal information, and if found would induce mortification. One unearthed note that I found particularly cringeworthy was titled "BaBy NaMeS". Below I had listed 14 names ranging from Lizzie to Mary-Kate. It wasn't the names so much that caused my late twentysomething face to scrunch, it was the inspiration behind the names. Was Lizzie really such a strong role model and influential character in my life that I'd want to name my first born after her? And Mary-Kate? I'm not even Christian. Were her VHS tapes that meaningful to me?

Thinking about it now, from my oh-so-mature adult perspective, my choices were so lame. If I had to name my children after tween TV stars, couldn't I have picked better? The '90s were saturated with smart, funny, powerful female characters. Characters that were fierce, independent and nonconforming. Please allow me to correct my Disney & Duelstar-dazzeled tween brain and rewrite my list. Here are 13 feminist characters from the '90s that you should name your kid after.

Charlotte is a baller. She's not afraid of standing up for herself or putting men in their place. She demands respect and thus is given it.

Patty was so laid-back and talented. She wasn't scared to try new things and didn't conform to female stereotypes in the way her peers did.

Daria doesn't give AF. She does what she wants. Even with a seemingly princess-perfect little sister constantly stealing the spotlight, she's confident in herself.

Clarissa is creative and resourceful. She's got an active mind and curiosity and challenges us to rethink the way girls can interact with boys.

Veda is one of the most passionate, unaffected, genuine characters birthed from the '90s. She's smart and contemplative and open to the world around her.

Kat is sassy and independent. Though she might seem cold at times, she's a smart young woman who refuses to compromise her identity for the sake of others.

Corey is a cool chick. She's vulnerable and unafraid to feel.

Blossom stands up for herself and isn't unafraid of voicing her opinion. She's got a wacky sense of style and doesn't apologize for it.

First of all, Brad is a dope name for a girl. Second, Brad is a no-nonsense girl. She's an athletic risk-taker who can keep up with the boys. She doesn't get distracted by crushes and she's got high standards for herself.

Alex is so fearless. Girl gets poisoned with GC161 and uses it to her advantage. Now she's a superhero, super student, super friend and super daughter. Lizzie McGuire who?

Phoebe is the unapologetic teacher's pet. She's got serious ambition and drive for a fourth grader. Any kid would be lucky to get named after this chickadee.