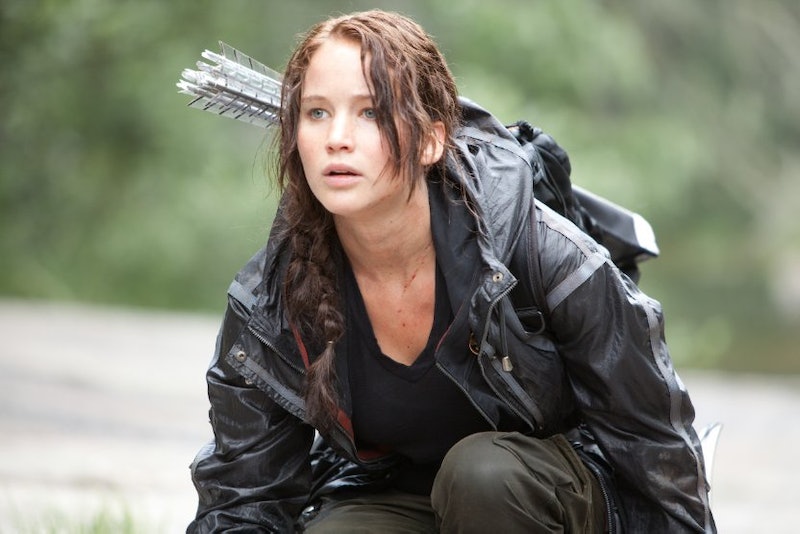 It should go without saying that there are spoilers in this post. A lot of them. Of all the heartbreaking story lines in the Hunger Games trilogy, the most truly wrenching is Katniss's sister Prim's death immediately prior to the fall of the Capitol. She's killed in an explosion during the final conflict with the Capitol that results in the rebels' victory. Katniss and a squad of top-tier soldiers had entered the Capitol to film a propaganda segment but found the territory booby-trapped — a move that turns out to have been engineered by the rebels themselves to catalyze the conflict. Still worse, it was engineered by Katniss's oldest friend Gale, who had conceived of the bomb plot if he didn't actually plant the bomb himself. So did Gale kill Prim in Mockingjay ? Can we determine him responsible for her death?

Prim was a tragic casualty of the tactic, though it ultimately resulted in the rebel victory. There might be a greater-good lesson to be derived here, but it's buried under the senseless death of a young woman embroiled in a conflict not of her choosing. (Worse yet, she was one of the youngest medics sent to the front lines at President Coin's orders. She shouldn't have been there.) It's even further enmeshed in the lesser-of-two-evils plot that pits President Coin against President Snow; Katniss realizes in the end of Mockingjay that Coin plans to turn the tactics Snow had historically used against the network of districts against the residents of the Capitol itself. She sought revenge.

Gale devised the double-bombing strategy used against the Capitol, but he didn't plant the devices or give the orders for their detonation. He may have been responsible in part, but he's part of a network of strategists and soldiers who crafted District 13's offensive against the Capitol. That is, he played a role, but it would be unfair to say that Gale killed Prim.

If not Gale, then who bears responsibility for Prim's death? There were a few steps along the way, more than one witness who might have pulled the plug on the strategy before bystanders were harmed. Prim was on the front lines as a nurse — she possessed her mother's knack for healing, unlike Katniss — and was trying to help the wounded when the bomb detonated. The strategy came from multiple conversations with Beetee, who emphasized the importance of thinking like your prey. (Beetee's convoluted plot to take down the Hunger Games arena resulted in their escape at the end of Catching Fire.) The bombs floated down from a hovercraft, buoyed by tiny parachutes like the ones used to deliver supplies from sponsors to tributes in the Games' arena.

But we'd no more blame Beetee for Prim's death than blame Katniss herself. President Coin also supported the operation, and she turned out to be quite the antihero. She would have the Capitol's residents pledge their children as tributes to a new Hunger Games meant to punish those who had punished the rest of Panem for so long. As the main strategist for District 13's rebel forces, she also deployed the bombing tactic against her own people. She had intended to create the illusion that President Snow's people were bombing the rebels — the hovercrafts bore the Capitol crest — to motivate her own forces against the Capitol, and particularly sway Katniss, who had begun to see through Coin's presidential exterior.

In 2012, a lively Goodreads thread examined all the possibilities surrounding who to blame for Prim's death. The conversation quickly turned to matters of terrorism, strategy, and the disconnect between the designer and the one who pulls the trigger. It's evidence that the Hunger Games series has a far more resounding impact than even its biggest fans might give it credit. Though it plays out in a distant, post-apocalyptic world that roughly maps onto our own geography, it actually functions as a valuable vehicle to examine tough questions through a proxy: proxy battles, proxy politics, proxy morality. By expanding Mockingjay into two films, there's hope that the filmmakers will take the opportunity to delve even further into these difficult ideas.