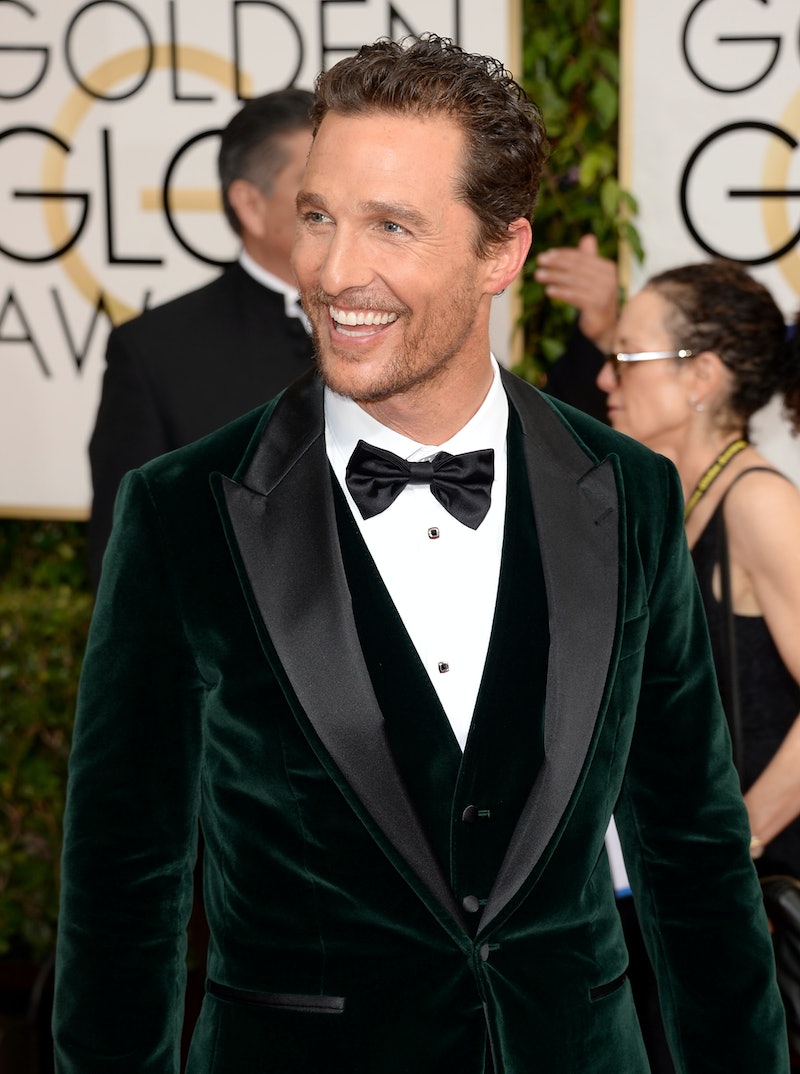 Alright, alright. Amongst a nomination pool of Hollywood veterans and newcomers alike, the 2014 Golden Globe for Best Actor in a Motion Picture Drama was awarded to Matthew McConaughey. Beating out Chiwetel Ejiofor, Idris Elba, Tom Hanks, and Robert Redford, McConaughey's performance as Ron Woodroof in Dallas Buyers Club garnered him his first nomination and win.

While the competition was tight between McConaughey, Ejiofor, and Golden Globe-winning actor and director Redford, McConaughey’s physical transformation for the film was enough to convince us of the actor’s Golden Globe potential.

McConaughey lost over 40 pounds to accurately portray the life of Ron Woodroof, a homophobic Texan with a drug problem who ultimately gets diagnosed with AIDS. To combat his illness, Woodroof begins smuggling non-FDA approved AIDS medication into the United States from Mexico. Woodroof also manages to turn a profit, as he begins to sell the meds to his fellow AIDS victims, but ends up attracting the attention of the authorities. According to McConaughey, the film was turned away 86 times before it was picked up.

McConaughey, who received his first Golden Globe nomination and win for this film after almost 20 years in the business, expressed his gratitude to his wife, Camilla Alves, for pushing him toward his goals, and to his mother for never letting him watch television.

"When we were growing up, we weren't movie kids. You had to be outside playing," McConaughey said of his childhood. He recalled his mother's constant advice. "Don't watch someone on tv. Go out and do it for yourself."

He wrapped up the speech with a final thought about the film. "This film was never about dying. It was always about living."

This was Dallas Buyers Club's second win of the night. McConaughey's co-star, Jared Leto, also picked up a Globe for Best Supporting Actor.