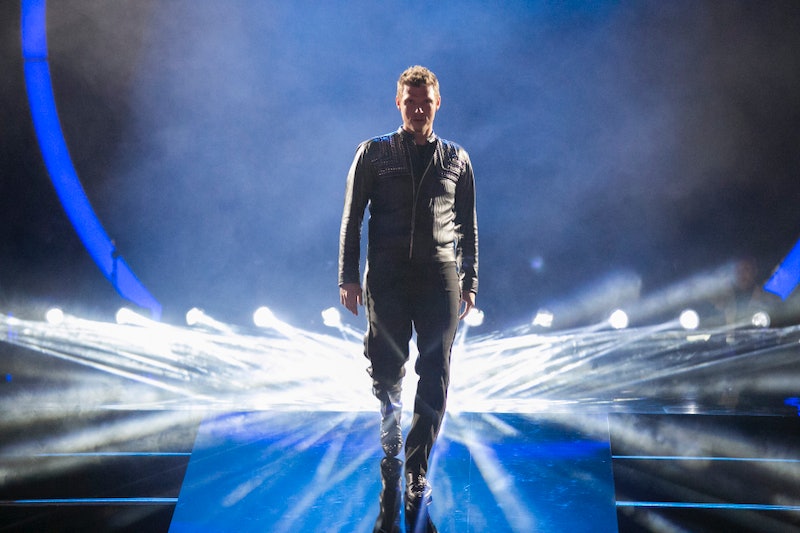 Nick Carter has grown up in the spotlight. He joined the Backstreet Boys when he was barely a teen, and has had to deal with the ramifications of that ever since. Fame is a scary thing, and many people, like Nick, turn to drugs and alcohol to deal with it. Nick recounted his struggle with addiction on Dancing With The Stars . In his pre-dance interview, Nick talked about how he started drinking and doing drugs at a very young age, and others, including fellow Backstreet Boy AJ McLean, wife Lauren Kitt, and brother Aaron Carter, talked about how different he was when he was using.

Nick’s whole journey on Dancing With The Stars has been that of redemption. Nick cited the death of his sister, Leslie, as the reason for his getting clean (he said she also had substance abuse issues). The best part of watching all of this is just how real Nick is — he’s been to hell and back, and Nick is so dedicated to his family and the competition that I’m glad he’s gotten his life on track again. Addiction is not an easy beast to beat, that’s for sure. The whole thing ended with Aaron affirming his brother’s strong place in his life.

Even though Nick’s dance wasn’t his best showing of the whole season (he missed a few steps), all of the judges seconded my comments, saying that Nick’s transformation over the season has really been something to watch. Nick’s persistence and drive to do better and be better has landed him in the semi-finals. He’s got a real shot at the Mirror Ball trophy, and he is not stopping until they make him.