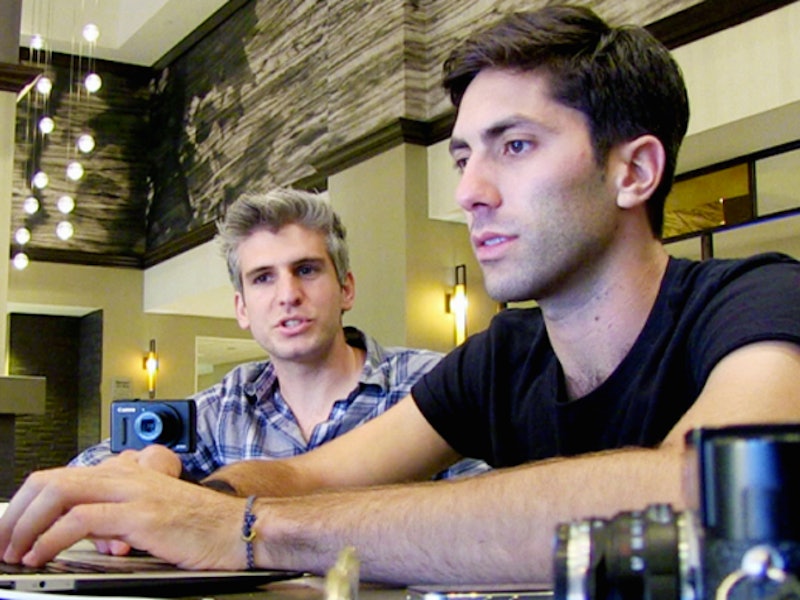 Sometimes, Catfish brings stories that are sweet, other times stories that are almost too crazy to believe, and on occasion, stories that are completely heartbreaking. That last kind is what happened on the latest edition of Catfish: Untold Stories with Anna. Some of the reenactments may have been so dramatic they were funny, but the story of what happened to Anna is just upsetting — despite the fact that she's the Catfish.

Note: At the time this special was filmed, the Catfish, who identifies as male, used the name “Anna” and female pronouns to refer to themselves. As such, in order to accurately tell the account depicted on Catfish, we will follow suit.

As anyone who keeps up with the show as obsessively as I do knows, often the people who pretend to be someone else online do so because of issues in their personal lives. For Anna, it was the fact that her home life was really difficult. When she came out to her parents as transgender, they refused to accept her, so she turned to the Internet to find the support she needed. Anna started with a profile of a guy named Josh, which slowly evolved into her creating profiles for Josh's fake friends, including a guy named Chris. Things began to spiral from there, and simply put, if Nev and Max had been around for this one, it probably would have been handled a whole lot better.

Anna decided to set her friend Charlotte up with "Josh," so that Anna could talk to her as that persona. Then, things got really complicated. Anna's "Chris" profile ended up in a relationship with Charlotte's friend Carrie, and the lies only continued to grow. It got really difficult for Anna, and she ended up turning to drugs, alcohol, and self-harm, and on a particularly bad night, Charlotte even talked her down from a suicide attempt.

It all came crashing down when Anna finally found the courage to meet up with Carrie, and reveal her true identity. The truth for Charlotte didn't come until later, when "Josh" stood her up at the school dance. But now? Anna used the opportunity to finally accept herself as trans, and realized that she doesn't need to hide who she is. So if nothing else, there was at least something positive that came out of this complicated, emotional Catfish experience.