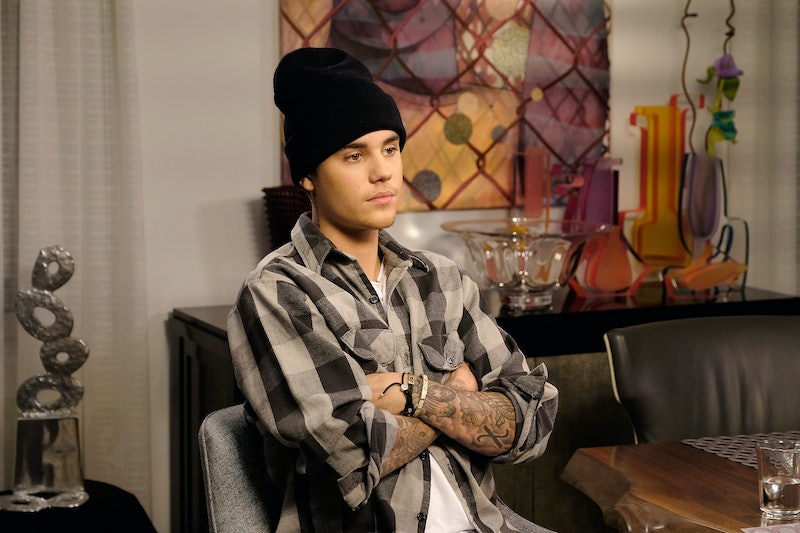 The world is still reeling from the horrifying bombing in Paris that occurred on Friday, and the entertainment world is no different. On Tuesday, Justin Bieber wrote a tribute to a Paris attack victim he had been friends with, Universal Music Group executive Thomas Ayad. Ayad, along with several other UMG team members, were attending an Eagles of Death Metal concert at Le Bataclan during the terrorist attacks, and he is one of the confirmed casualties. Bieber, who is an artist on Universal-owned label Def Jam Records, was a friend of Ayad's, and his tribute is incredibly touching. Whether you knew Ayad personally, were aware of his friendship with Bieber, or simply just, you know, have a heart, the short but honest tribute is sure to make you tear up at least internally.

The pop star posted the tribute to his Twitter in the form of a picture, captioned by the words "RIP Thomas #PrayForParis." The picture itself was a text post with a longer message than Twitter's character limit would allow for, and it's more than a bit of a gut-punch. In it, Bieber not only describes his own regrets when it came to appreciating Ayad, but also encourages anyone reading to reduce their own regrets by appreciating those in their lives before they're gone.

The fact that Bieber added a line to all of his fans and followers to "make sure to appreciate people while you have them" is so important, because it's something that most people don't think of except in times like this. When you've gone months without talking to this friend or that friend, when it's been a few days since you reminded even your best friend that you love them, or when you've been dodging your mother's phone calls, it can be easy to tell yourself that you'll do it tomorrow. Then, for some, tomorrow never comes, and they spend the rest of their lives wishing that they had just reached out today. It's a humbling thought to have, and a devastating experience to go through, so for Bieber to be doing his part to make sure it doesn't happen to anyone who takes his words to heart is very sweet.

The tribute as a whole is very sweet, and serves as another reminder to keep the people of Paris, whether friends and families of the victims or not, in our hearts and minds during this tragic time. They've gone through something unimaginably horrific, and they need all the support that the rest of the world can provide.