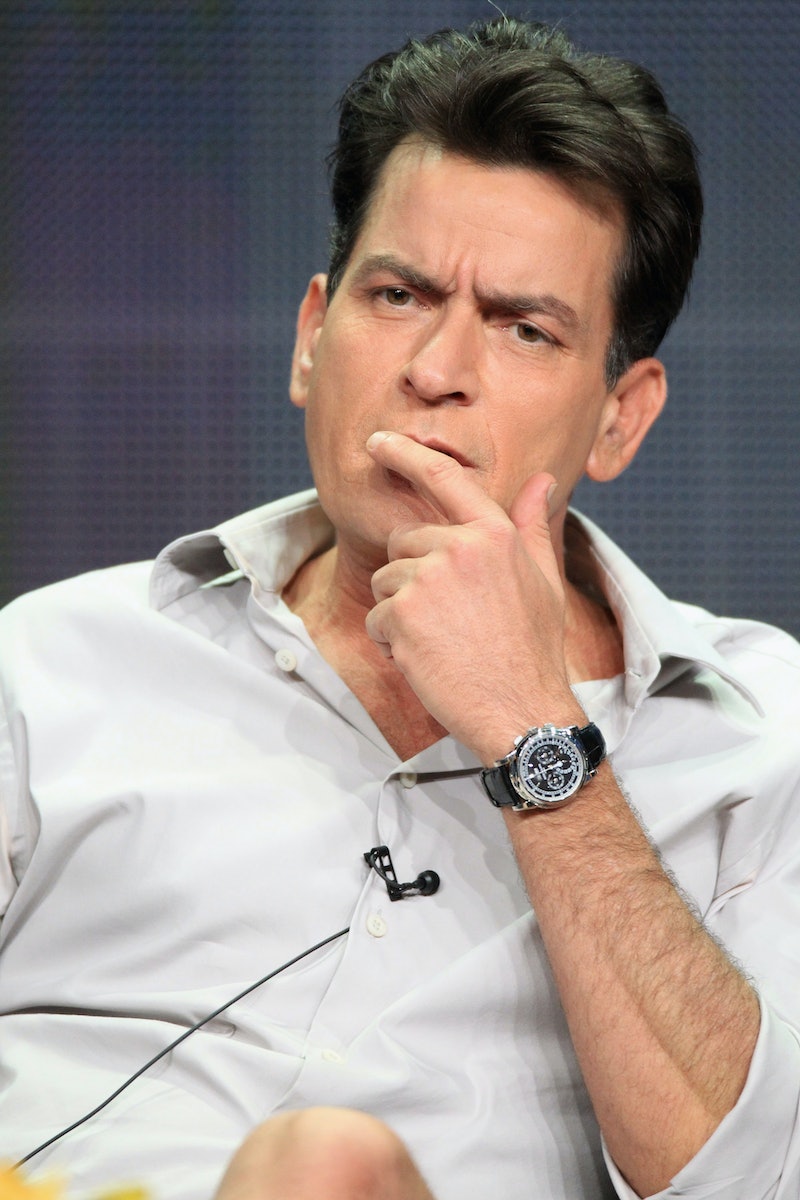 Although the media rumor mill more or less prepared everyone for the announcement that Charlie Sheen was due to make on the Today show, it still came as a surprise to many. During an interview with Matt Lauer, Sheen admitted that he is HIV positive, and, in fact, that he received his diagnosis four years ago. The actor opened up about his struggle to accept his diagnosis and live with it, as well as the number of people who had taken advantage of that struggle to receive payouts for their silence. But does Charlie Sheen have AIDS? Lauer had Sheen's doctor, Robert Huizenga, come on as a guest to answer this very question, as well as many others about the exact status of Sheen's condition. To begin with, no, the actor does not have AIDS. In fact, despite his diagnosis, Sheen is actually quite healthy.

"Charlie has contracted the HIV virus. He was immediately put on treatment, strong antiviral drugs, which have suppressed the virus — unfortunately, we don’t have a cure yet — to the point that he is absolutely healthy from that vantage," said Huizenga. "My biggest concern with Charlie as a patient is substance abuse and depression from the disease more than what the HIV virus could do in terms of shortening his life. Because it’s not going to."

Although Sheen stated that he is currently drug-free, he did admit to dabbling with alcohol. Despite that, he claimed to have never missed a day of taking the four pills he must take daily, as keeping himself healthy, and those around him healthy, are his primary concern.

Huizenga continued by denying that Sheen has AIDS, stating, "Charlie does not have AIDS. AIDS is a condition when the HIV virus markedly suppresses the immune system and you’re susceptible to rare, difficult cancers and infections. Charlie has none of those. He is healthy. He does not have AIDS."

That is a great relief for the actor, because AIDS remains the more dangerous illness, though new ways to treat and manage — though not cure — both diseases are cropping up every day. It's also a great relief to the fans who have been surprised and supportive (well, mostly supportive) of the actor since his announcement on Tuesday, encouraging him to use his celebrity for the greater good and bring more awareness and assistance to HIV/AIDS research and causes.

However, Sheen wants to make it clear that he's no spokesperson. "I'm not going to be the poster man for this, but I will not shun away from responsibilities and opportunities that drive me to helping others and delivering a cure," he said. "Yes, [I will speak out about the subject], but I will pick my spots carefully and respectfully." And, honestly, that's fair. Sheen's erratic behavior — which he says can't be credited to his diagnosis — has made him a bit too much of a wild card to truly take a stand and be the face of such a serious and important cause, and his self-awareness of that fact is very brave.

However, even braver is the fact that he still intends to pick his battles and fight them, fight for the visibility and rights of others living with this condition, whenever he can. Awareness is awareness, and Sheen keeping this cause close to his heart could lead to more funding, research, and breakthroughs for others.