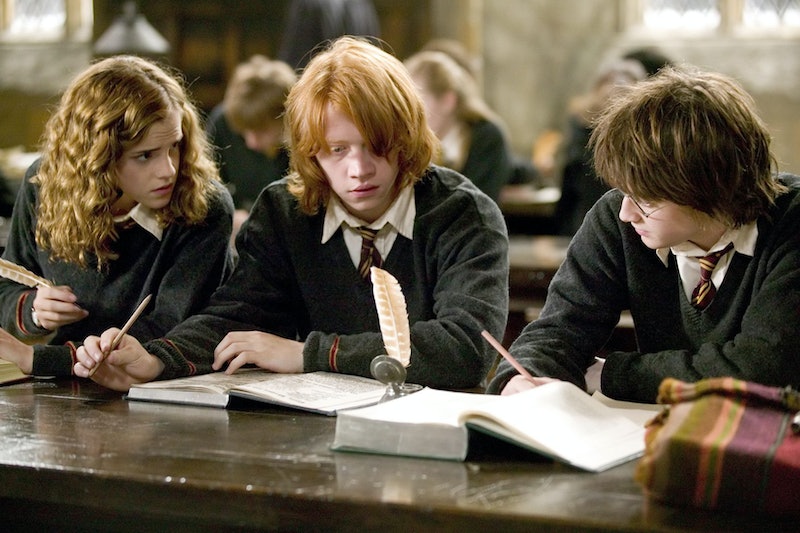 Hermione is real, everyone, and she just revealed herself in the most awesome way possible: by writing a real-life version of Hogwarts, A History with her bare hands and impressive brain. For years we have been anticipating J.K. Rowling releasing her own version, perhaps without a word in the middle of the night, Beyoncé-style. Nobody knows that anticipation better than Arshia Chatterjee, who often mentioned to her friend Meher that she wished she could read a copy of her own.

Enter Meher, who not only is a champion Potterhead, but is clearly up for a BFF of the Year award after recreating an entire version of Hogwarts, A History ... in only one night.

"She did do some research, mainly from Pottermore," Chatterjee shared with BuzzFeed. "Although she said that some of the stuff she wrote in the book is common knowledge if you’re a fan. I don’t think she MADE anything up, apart from putting our faces and faces of two of our friends in one of the pages to represent the founders of Hogwarts."

You know what? Nobody else has bothered to write their own version yet, so if Meher wants her buds to be the founders, I've gone ahead and accepted that canon. You snooze, you lose, everyone else. Please join me in heroine-worshipping Hogwarts' newest founder Meher, for creating this beautiful, handwritten version of the book we only ever dreamed about:

Now that we've all thoroughly geeked out, you should know that there are even MORE ways to get your Hogwarts, A History fix. C'mon, now, y'all. It's what Bathilda Bagshot would have wanted.