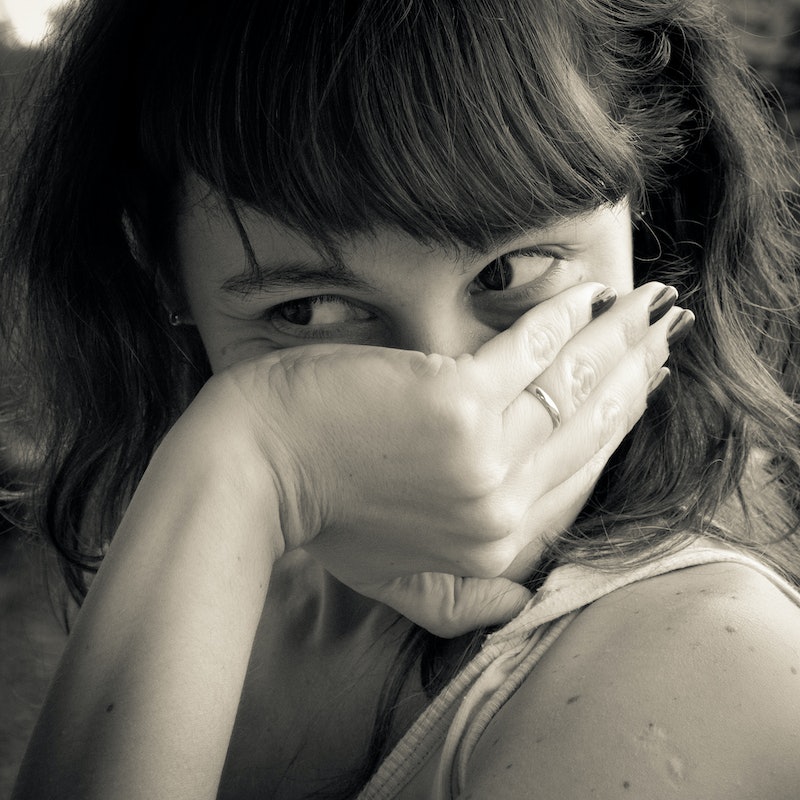 Having an evil boss can really suck, but so can having a boss who you’ve become a little too close with. No matter what kind of boss you're dealing with, there are things you should never say to your boss... yes, even if he or she is your BFF. Sometimes it's a matter of word vomit. You're used to talking about particular things in your personal life, and have a difficult time transitioning your speech to be appropriate at work. Other times you might be simply speaking before you have time to truly think about what you're saying.

When speaking to your boss, you should always maintain a level of professionalism, even if your boss is someone you consider to be a close friend. This can mean a lot of different things, depending on the environment and attitude in your workplace, but it always means giving them the proper respect they deserve. Ultimately, your job is a place you should be on your utmost best behavior. Save those things you aren't sure about mentioning for a different time and a different audience. Here are seven things you should never say to your boss, no matter how tempting they may be to let out.

1. How Hard You Partied Last Night

This might seem super obvious, but it happens — sometimes even accidentally. If your boss is someone you’ve gotten close with on a friendship level, if may seem like no biggie to tell him or her about your nightlife. After all, it’s not like it’s affecting your work, right? Wrong. If you’re constantly bragging about your fun nights out on the town, and simultaneously showing up to work five, 10, or 15 minutes late, your boss is of course going to wonder whether it has to do with your nightly drinking habits. According to Iqbal Atcha, international speaker and professional branding consultant, “Work is work and no matter how much fun you had the night before getting social, the responsibilities at work and the goals of the company haven’t changed.”

Again, sometimes the lines begin to blur between boss and friend, but you should continuously remind yourself that at the end of the day, this is the person responsible for determining whether your work ethic is good enough to receive a promotion, raise, and/or bonus. It’s not worth messing that up.

2. Anything That Throws A Coworker Under The Bus

There’s a reason coworkers are often known as a “team.” It’s because many times you’re all in it together, one way or another. That said, putting them down might ultimately put your whole team down. Not throwing someone else under the bus for mistakes rings true especially if the fault was your own. If so, own up to it and ensure your boss knows it will never happen again. If the fault was your coworker’s, step back and allow them to handle the wrongdoing directly with your boss.

3. You’d Like A Raise Because You Can’t Afford Your Rent

So many times I hear my friends and colleagues talk about how they want a raise because they’re having a difficult time affording their bills. We have to remember that our boss isn’t the one who decided we need to live in a huge apartment in an amazing location that we can barely afford.

If you believe you deserve a raise because you’re being compensated well below average for your position, or because you’ve gone a couple of years of very hard work without a raise yet (or similar reasons), then by all means speak to you boss about this. Using advice on getting a raise from FastCompany.com, explain that you’d like a raise because you genuinely deserve one, not because you’re having a hard time handling electricity this month.

If your boss asks you to do something, there is really no logical reason for you to say no. If your boss is a downright jerk and asking you to do something illegal, well of course this rule is no longer valid. Otherwise, no should not be in your vocabulary when it comes to interactions with your boss. What if you have way too much going on and simply don’t have the time to take on the additional task? Explain this to your boss and, according to TheMuse.com, ask what items you should prioritize. If they’re a decent human, they’ll be able to help you figure out what needs to be done first, or perhaps help to pinpoint someone else on the team who could take something off your plate.

This should be common sense to pretty much everyone, but just in case you needed a reminder... don’t say anything offensive while talking to your boss (or anyone for that matter). No one wants to hear this kind of talk, especially in the workplace, and especially not your boss.

6. Anything Complemented By You Crying Or Yelling

I love Kelly Cutrone because she’s a total badass. If you’ve ever read her book “If You Have To Cry, Go Outside: And Other Things Your Mother Never Told You,” you’ll know just what I’m saying here. Unless you’ve just found out that a loved one has passed away, don’t cry to your boss. If you’re an emotional person like me and something happened that you simply cannot hold back, go to the bathroom, cry it out, wipe off your face, and then go back to your desk with a smile and get things accomplished. And if you do happen to cry in a meeting or discussion, remember that it's probably happened to everyone at one time or another, and make up for it by kicking ass going forward.

Even worse yet is arguing with your boss. Maybe you think your boss is pure evil and can’t understand why you’re constantly getting torn apart by him or her in meetings. Maybe it’s truly driving you nuts. Rather than yelling back or presenting an attitude of any sort, consider asking your boss if they could meet with you privately, and ask what you could do to improve your performance. This will show them that your go-to work tactic is not to cry or get angry, but rather to calmly figure out ways to better yourself in the workplace, ask if there’s anything else you can be working on, and be drama-free. According to career experts on TheMuse.com, they’ll remember these things when it comes time for promotions.

7. Anything That Could Be Perceived As A Come On

Never, and I repeat never, hit on your boss. For one, it’s one of the most unprofessional things you can do. Second, if something did end up happening between you and your boss, this will add a whole extra, sticky dynamic to your boss-employee relationship. While relationships in the work place are generally frowned upon, there are instances where things end up working out just fine. No matter how you slice it, though, boss-employee relationships or flings are far more difficult to navigate than simply coworkers who are dating.

According to Forbes, your boss should not considering crossing that line with you either. If you’re on the receiving end of uncomfortable emails, jokes, or comments about your physical appearance, it could be considered sexual harassment. You should politely tell your boss ASAP you’re not interested.

By avoiding these seven pieces of commentary in your conversations with your boss, you’ll be setting yourself up for a much smoother and successful journey as an employee. Of course, some bosses are naturally far easier to deal with than others, but by keeping these general rules of thumb in your mind, you should be able to positively navigate the boss-employee relationship to the best of your ability.