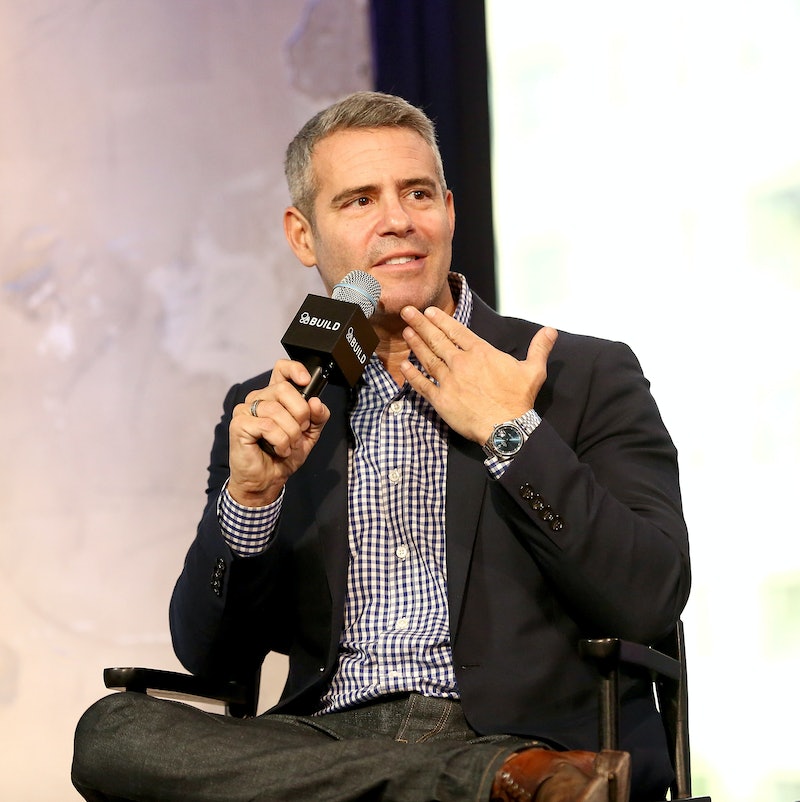 The Real Housewives franchise has changed reality television forever. The format of the show has been copied by several other networks with other "wives" themed shows. But what makes Real Housewives different from the mimics it inspired are the people. Yes, the show concept was a great idea, but its real success is rooted in the cast. Without the ladies who we have grown to know and love, the shows would not be the same. We wouldn't have the same iconic arguments, one-liners, or hairstyles that have been cemented in reality television history. So how does Bravo cast the women for Real Housewives ?

Is there a list of requirements? Are there auditions? Do the hopefuls send in video tapes? Do they have to be rich? Do they have to be in danger of going into debt? Do they try to have a certain ratio of single women and actual wives? How does it all work? Is Andy Cohen active in the casting process? Clearly, I have a lot of questions, and I'm sure that I'm not the only one. When the cast is so crucial to the success of these shows, I imagine that a lot goes into it, so I decided to look into how does the Real Housewives casting process works.

1. Andy Cohen Has A Say In Hiring

During a 2013 episode of @sk Andy, Cohen explained, "I am involved in all of it. We have a team…we work with the production company to go over submissions for Housewives." In fact, Cohen cast his real-life friend, Carole Radziwill for Real Housewives of New York City.

2. There Is No Such Thing As Too Much Personality

In April 2015, Cohen explained to Attitude what the network is looking for in the women: "We cast very highly volatile, emotional, driven, opinionated women, and because of that, they go to town! And you sit down with them at the end of the season and they all have it out with each other… It’s really fun.” Needless to say, wallflowers should not apply.

During a 2014 episode of Watch What Happens Live in which NeNe Leakes interviewed Cohen, he revealed that humor is essential when casting and said he wants "someone who has a sense of humor or at least, funny or humorous or different in some way." So, if you take yourself too seriously — or if you take yourself seriously but it's not funny — then you are out.

4. Friends Of The Housewives Are Preferred

When you think about the Housewives who came and went, the ones who didn't last were usually out of place. They didn't really know the rest of the cast and there was just nothing organic about their presence. This is why it is preferable to cast women who have a history with the other Housewives — whether they are friends, enemies, or family — because it just works a lot better. Cohen explained this sentiment, telling Attitude, “The show works so well because it’s all people who have long histories with each other. So it’s not just throwing people together in a Big Brother house and seeing what happens.”

5. A Willingness To Be Open Is Essential

In that same April 2014 interview with Leakes, Cohen explained the importance of having women who are sincere about sharing all aspects of their lives with the cameras and he said he wants to cast "someone who is willing to be open, live their life fully in front of the camera. Someone with a point of view."

At this point, most of the Real Housewives are not wives and Cohen is totally OK with that. He said on WWHL,

There is just something so thrilling about the Real Housewives who return to the show. It amps up the excitement and drama more than if they were there the whole time. And who is responsible for Housewives coming back? Once again, the answer is Cohen, who said on @sk Andy,

Typically, I’m at the forefront of trying to woo back formers to the show. If it’s a terrible idea, people will say to me, "It’s a terrible idea." For Orange County, I always wanted to bring Lauri back but Lauri didn’t want to come back.

To sum it all up: You need Real Housewives connections, a crazy personality, and the approval of Andy Cohen if you have any shot at getting on the show.