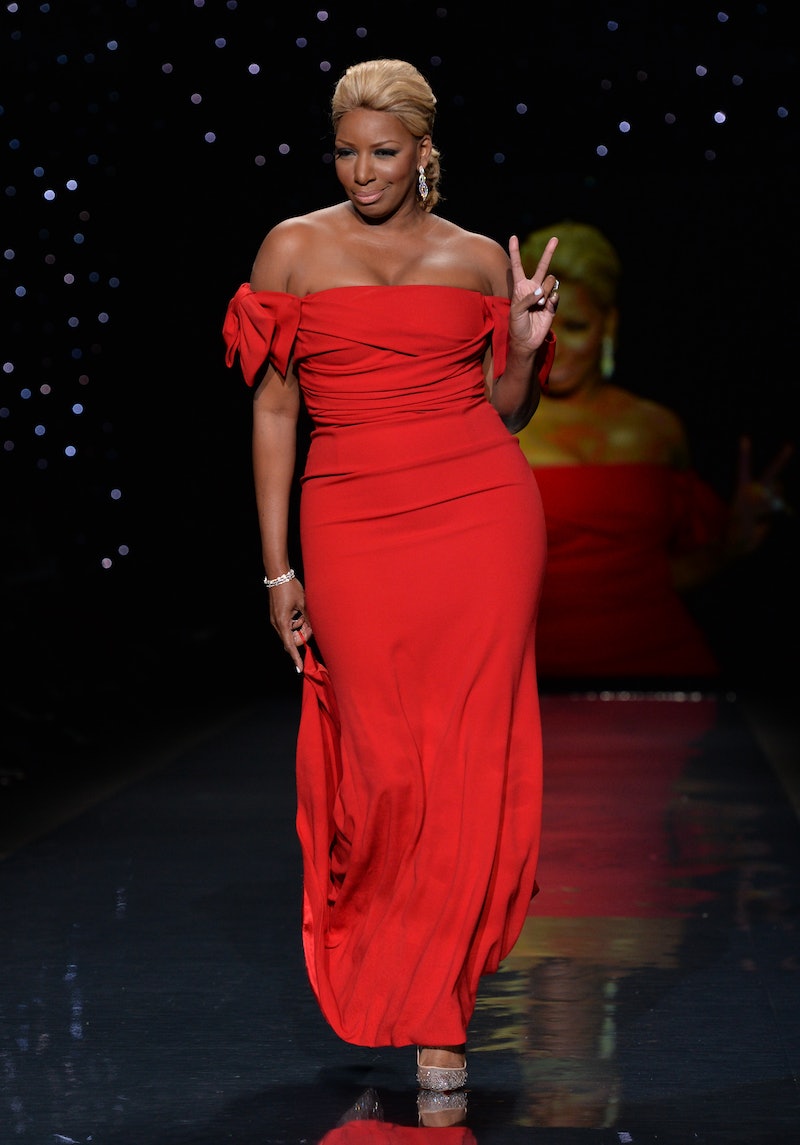 Nene Leakes is one of the OG ladies from The Real Housewives of Atlanta. Us loyal fans have seen her go through quite a lot, but the one thing that has never changed is her ability to amuse us with her one-liners. On Monday, June 29, Nene Leakes announced that she's leaving Real Housewives, and this means that we won't be getting anymore of her amazing quotes — at least not on our TV screens.

Nene throws the shadiest shade and says what we are all thinking — actually, sometimes she says things we wouldn't even dare to think. She is never afraid to say what's on her mind, and she can even pull off rhyming her words mid-conversation. Love her or hate her, you have to admit that the Housewife is extremely entertaining.

It's not a stretch to say that Nene Leakes has the most quotable quotes in the Real Housewives history. Almost everything she says is immediately used in Tumblr memes or turned into a catchy t-shirt slogan. If I was one of the Housewives arguing with her, I would be too amused to stay mad for too long. But then again I've never been in Nene's line of fire so who knows. There are almost too many good quotes to narrow it down to a definitive "best of" list, but I think I've rounded up her most quotable quotes from her seven seasons on the show.

1. When She Wanted To Be Modest About Her Success

This has become Nene's go-to line and it even rhymes. It's her comeback for pretty much any insult — whether it's relevant to the argument or not. Gotta give it to her, it is a factual statement.

2. When She Was Reciting Her Wedding Vows

If you have ever watched an episode of RHOA, this should not surprise you at all. Nene is very proud of her money and makes that clear in every context available— even her own wedding ceremony.

3. When She Didn't Feel Like Hanging With The Housewives

It's no secret that Nene has had her fair share of feuds, so it would make sense that she would want to get a little tipsy before getting into a potentially awkward social situation.

4. When She Called Out Kim For Dating A Married Man

In my eyes, this was Nene's first iconic moment in reality TV. She was calling out her on-and-off frenemy Kim Zolciak during the first reunion show and this line became an instant classic.

5. When She Felt Like She Was Too Cool To Be A Grandmother

Nene is too spirited and youthful to be a grandmother, so how does she handle that? She coins her own term: glam-mother. And it's just so fitting.

6. When She Didn't Want To Go Green

Just in case you forgot, Nene has a lot of money. At least she is clever with her wording, though.

7. When She Didn't (Ever) Have Time For Kenya

Nene has never been fond of Kenya. No matter what she does (even complimenting her!), it's never going to be good enough for Nene and she's going to put Kenya in her place.

8. When She Threw Shade At Kim's Wigs

Whenever Nene wants to stick it to Kim, she goes with some sort of wig reference.

9. When She Just Started Referring To Kim As "Wig"

Nene has no time for anyone she doesn't like so when Kim gets on her nerves, she just reduces her existence to the embodiment of a living, breathing wig.

Once she started calling Kim "wig," she wouldn't stop.

11. When She Quoted Herself

When it ain't broke, don't fix it. Nene had no problem recycling some of her classic Kim-bashing material to make a point.

12. When She Talked Over Kenya At The Reunion

No one can put Nene in her place so she will talk over anyone else who is speaking and exude her biggest attitude. You can even buy a t-shirt with this saying from her online store.

13. When She Ran Out Of Patience

15. When She Wanted To Remind Us That She Has Money... Again

It seems like whenever Nene doesn't know what to say, she just mentions something about money or the bank and that is the end of the conversation.

16. When She Wasn't Afraid To Tell It Like It Is

Why talk behind someone's back when you have the courage to share your thoughts to their face? Nene is definitely not a shy girl, to say the least.

17. When She Made This Clear

Nene wants what she wants, but she's a busy lady.

18. When Someone Asked Her What Time It Was

By now, you should not be at all surprised by this. Nene evaded the question and just mentioned that she is a "very rich bitch"— again.

So yeah, a lot of Nene's quotes are just slight variations of a few key words and phrases, but her signature lines have done very well for her up to this point. Go forth and conquer, Nene.