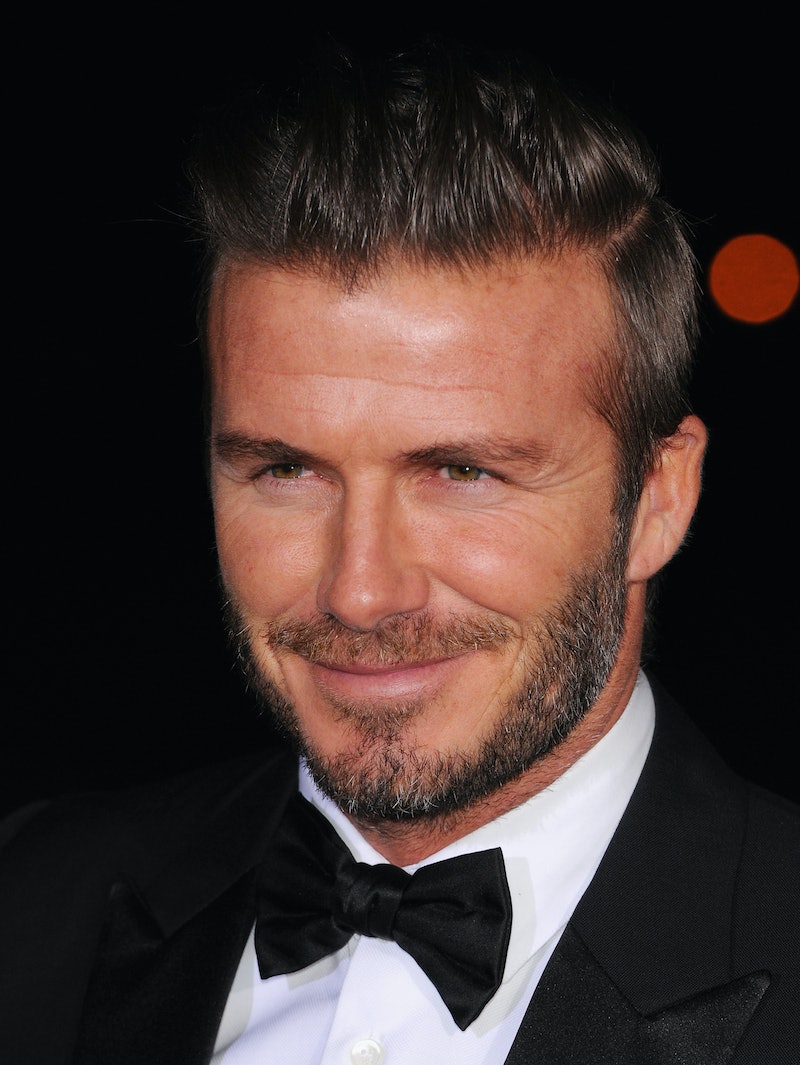 Drumroll, please. People — via their liege, Jimmy Kimmel — has spoken. Without further ado, David Beckham is 2015's Sexiest Man Alive, which is a little shocking — did you see People's big Jamie Dornan hint earlier? — but gratifying nonetheless. I mean, have you seen the dude? Hubba, hubba. Listen, I know that there are a plethora of other very important awards to be won in this world, and perhaps this particular one isn't necessarily an accolade promoting bravery or innovative genius, but it does appeal to our more basic, shallower sides. And, you know, I don't think there's anything wrong with appreciating beauty from time to time, is there? Of course not.

Kimmel first allowed the in-studio audience to ask questions to the mysterious man calling in via video chat. His face was hidden by a digital People's magazine cover as people asked whether he was an actor (no!) or married to a celebrity (yes!) to whether Taylor Swift has ever written a song about him (no!). It became clearer over time who the man was, and voila! There was Beckham's beautiful face.

If you recall, last year Chris Hemsworth was named the Sexiest Man Alive. While I'm sure he's sad to let his title go, I am also fairly certain he'd be on board with his handsome successor. After all, People really knows how to choose them. So, what will Beckham do with his reign as the world's most lusted after dude? Get even more good looking? I don't know. All I do know is that I am fully on board with this decision. Also, I hope that this means we'll get a lot more photo shoots from the former soccer star in the future. I need a new poster for my wall.