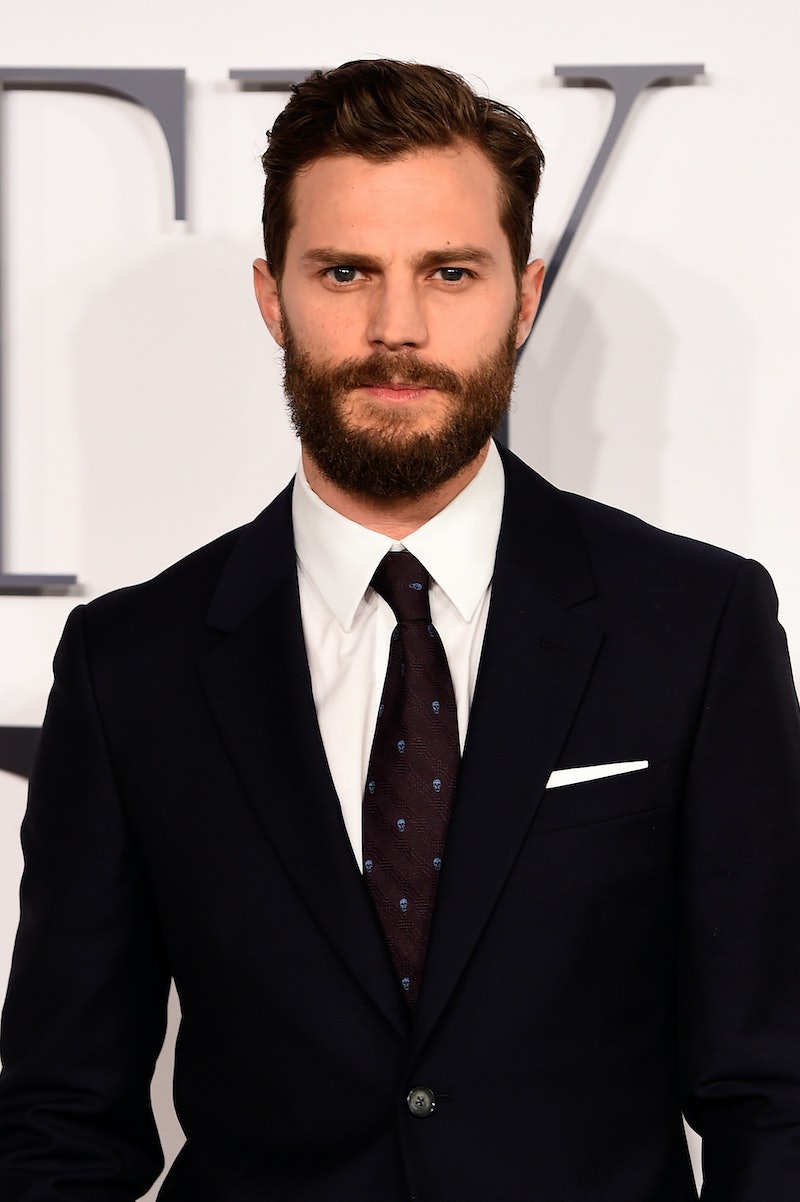 How do you think Chris Hemsworth is spending his last day as People's Sexiest Man Alive? Really, he's sexy all day, every day, but during Tuesday's Jimmy Kimmel Live! a new man will officially become the title holder. There are a lot of guesses for who it will be. Thankfully, People shared a sneak peak of the Sexiest Man Alive as a clue. Actually, based on the man's leg and Instagram comments, it looks like all signs are pointing to Jamie Dornan as the Sexiest Man Alive. On top of that, the magazine also teased a (very obvious) clue on social media, which made their followers immediately guess Dornan.

As you can see below, the Instagram doesn't offer a lot of clues, except that it is indeed a white male, who makes gray suit pants look good, and wears a white t-shirt well. Seeing as the mystery man is sitting on a diving board and by a swimming pool, does this mean the Sexiest Man Alive will be wet? Oh, and is anyone else worried for that other man casually squatting on the board looking like he's about to fall in?

Anyways, it's hard to say for certain who it is based only on this photo, but seeing as he is wearing gray suit pants, does that mean it's Fifty Shades of Grey's Dornan? It would make sense, especially since he became an even bigger deal for playing Christian Grey during the first installment, which was released in 2015.

If that isn't a big enough clue, check out this tweet from People. Does that silhouette look familiar?

Way to give it away, People. But, if for some reason it's not Dornan — maybe People just needed a sexy silhouette to use? — then who could it be? If you scroll through the comments on Instagram, there are a lot of guesses, including Chris Pratt, Scott Eastwood, Zac Efron, David Beckham, John Stamos, Charlie Hunnam, and Matt Bomer.