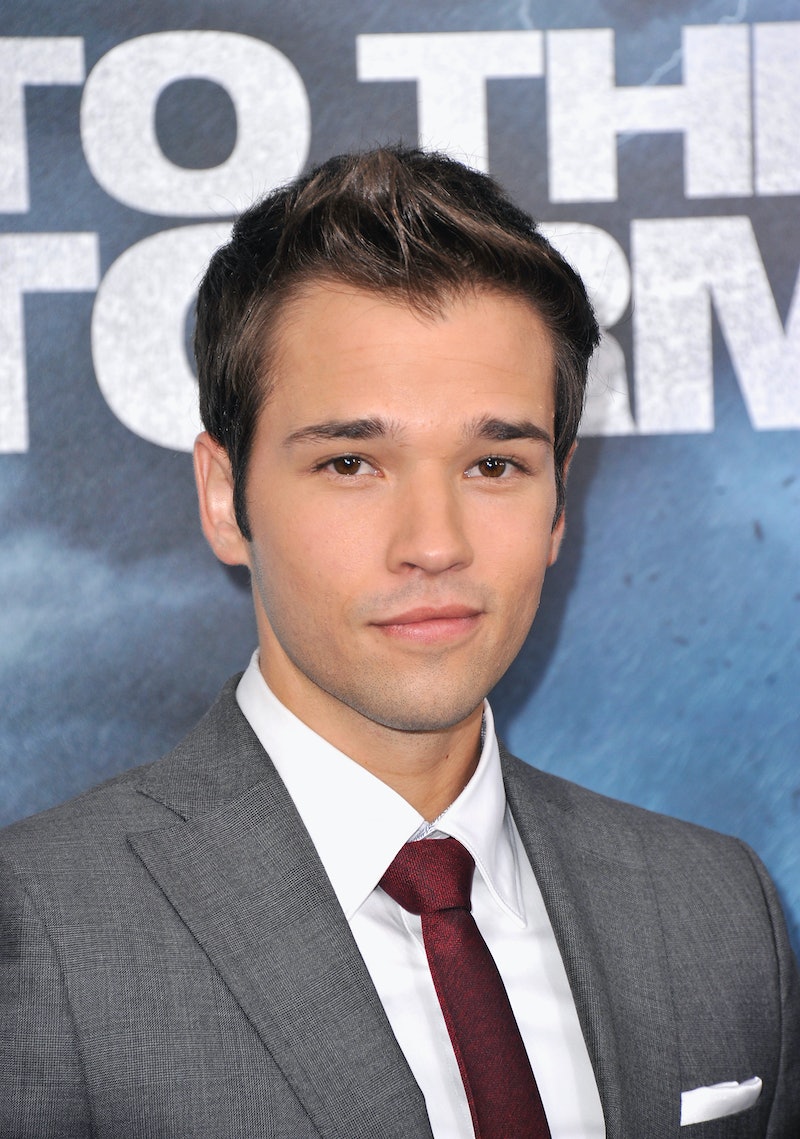 If you’re still as stunned as I am by the unexpected iCarly wedding that took place last weekend and are searching for more details on the people in question at the hallowed event, you’ve come to the right place. As you know, Freddie Benson, aka Nathan Kress, married London Elise Moore, and iCarly co-stars Miranda Cosgrove, Jeanette McCurdy, and Jerry Trainor were there to share in his joy and bring fans the reunion they were looking for. But while us fans are well acquainted with the cast, we’re not as familiar with Moore.

It turns out that Moore and Kress are almost the exact same age, down to the day. Both 23, Moore was born on Nov. 2, 1992 while Kress was born on Nov. 18. I can hear you all cooing in front of your computers. Yes, their connection is almost too sweet to comprehend, but back to Moore herself. There's a lot to learn about the honorary iCarly family member. For instance, she's also an actor and has been part of the behind-the-scenes of the entertainment world, as well. Check out some facts about London Elise Moore below and get to know Freddie's wife (wow, time flies!) a little better.

But, as the caption above explains, she's since pledged her allegiance to California. To be with her new hubs, I assume.

She's listed as a stunt double in both Insidious: Chapter 3 and Grandma, and has also done stunt work for Into the Storm and Oz the Great and Powerful. Like, how cool can you get?!

Her credits include the aforementioned Into the Storm, in addition to The Other Woman, Ghost Adventures, and Rake.

And She's A Model

Not too sure there's anything she doesn't do, actually.

She & Kress Are Totally In Love