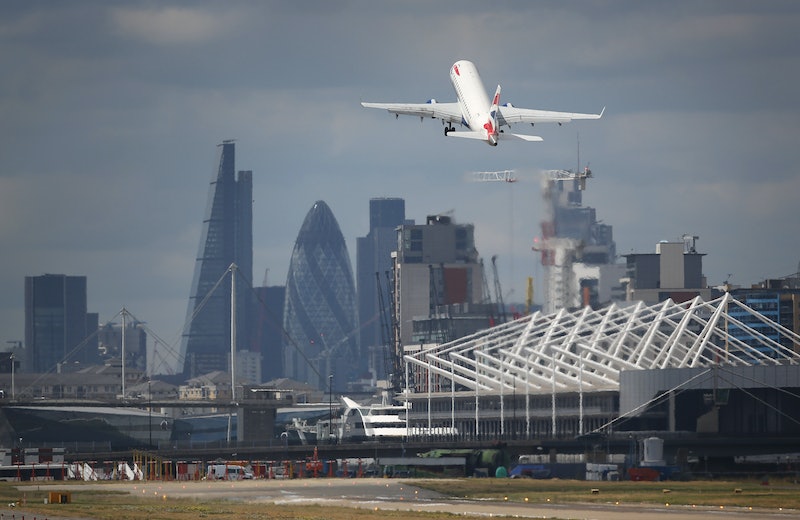 On Tuesday, during a flight from London to Boston, a "disturbed and unruly passenger" tried to open a British Airways plane's exit door, and was restrained by crew members. The woman's attempt triggered a Level 2 alert, which denotes that there was violence on the plane. Officials have not revealed the identity of the passenger, but authorities were waiting for her when the plane landed in Boston at around 1:30 p.m. A British Airways spokesperson described the incident to ABC, saying:

A disturbed and unruly passenger tried to force one of the doors on the plane, but NOT the cockpit door. The flight lands at 1:30 EST in Boston and will be met by state police.

British Airways Flight 213 was headed from London to Boston's Logan International Airport when the incident occurred, and despite the episode, the flight course was not interrupted. When the plane landed in Boston, the passenger, a woman around the age of 30, was met by troopers on the jet bridge who took her in. The police department confirmed that she was intoxicated.

In response to the incident, British Airways has released the following statement:

Our customers and crew deserve to have a safe and enjoyable flight and we do not tolerate abusive behavior. Our crew have requested that police meet the flight in Boston due to an unruly customer on board

The mid-flight incident comes just days after multiple terrorist attacks shook Paris and prompted heightened security in airports around the globe. Massachusetts State Police tweeted, "No known nexus to terrorism at this time." More details are expected to emerge as they continue their investigation into the situation. Regardless of the passenger's motives, pulling such a stunt is dangerous, if only because it causes panic in a contained space that's thousands of feet in the air.

The danger may be limited, however. According to Patrick Smith, author of Cockpit Confidential, it is virtually impossible for a passenger to open an emergency exit door on a plane mid-flight:

Cabin pressure won’t allow it. Think of an aircraft door as a drain plug, fixed in place by the interior pressure ... At a typical cruising altitude, up to eight pounds of pressure are pushing against every square inch of interior fuselage. That’s over 1,100 pounds against each square foot of door.

And even if, by some superhuman show of strength, you are able to push through the cabin pressure, the door is further secured by mechanical and/or electrical latches. The only way a passenger would be able to open an airplane door, says Smith, is with a hydraulic jack, and "TSA doesn't allow those."