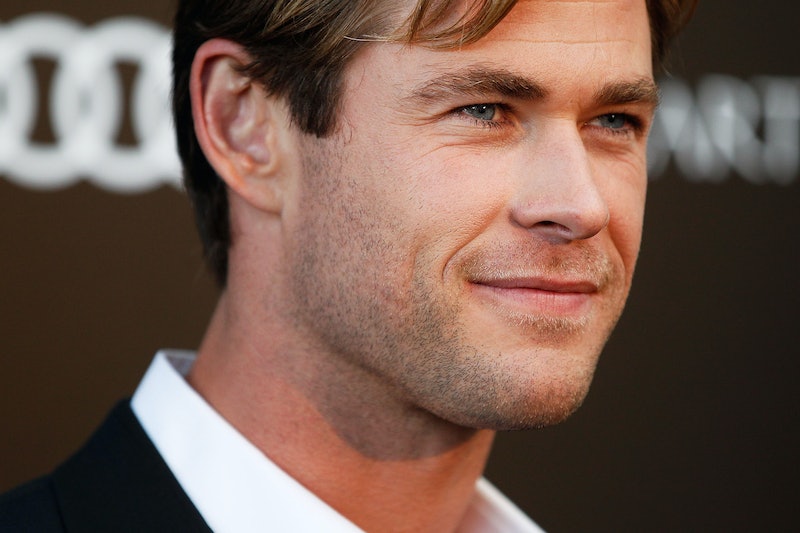 Have you ever picked up an issue of People magazine and wondered to yourself, why isn't (insert name of long-standing celebrity crush) the Sexiest Man Alive?! Same. And I'm going to go out on a limb here and say that we're probably not the only ones. Which leads me to question: how does People choose The Sexiest Man Alive? Do they have an incredibly specific algorithm that rates potential celebrities on a scale of not sexiest to sexiest alive?

It can't be denied that everyone's idea and criteria for what makes a man "sexy" varies. Some shockingly handsome and almost universally loved men, like Ryan Gosling, Leonardo DiCaprio (poor Leo, can he just win something?), Tom Hiddleston, Will Smith, etc., have never been named Sexiest Man Alive. Alright, so what gives? Why not? According to this 2010 interview with ABC News, Larry Hackett, People Managing Editor, tried to debunk some myths surrounding the annual decision. "We know it has to be a mix of someone who's hot but well-known. Not too young, not too old and somebody who, frankly, maybe we haven't thought of."

He continued, "Sexy certainly has to do with someone being good-looking, and has to do with a certain kind of romantic, flirtatiousness physical appeal that may be beyond just academic appreciation of the way they look. We want some mystery in our sexiness." I don't know about you, but, seriously, who personifies mystery/sexiness more than Leonardo DiCaprio?! (Again, can poor Leo just win something?).

In 2012, USA Today interviewed Julie Jordan, a senior writer at People, who added "We watch these guys over the year, and someone always bubble to the surface... It's a matter of looking at the whole entire year." She also stated that they "pay attention to comments on People.com," and they ask "female celebrities" to pick their favorites.

Interestingly enough, the phrase "Sexiest Man Alive" was coined during an interview with Mel Gibson back in 1985, on the set of Mad Max Beyond Thunderdome, as Slate reported last year. Legend has it that Reporter David Wallace interviewed a disgruntled Gibson, and Michelle Green, a young writer at the mag during this time, spun the piece into a debunking of Gibson "struggling to strike the pose of an international sex symbol while actually being a classic drunk." Apparently, she ended the article with, “And then the sexiest man alive slouches away, alone.”

Ever since that article premiered, People mag has been trying to decode what women want (or more aptly, who they want), but you can't please everyone all of the time, and, for that, they've experienced a fair amount of backlash. Naming one singular person the Sexiest Man Alive has, unsurprisingly, its challenges. Now, it seems the magazine has stuck to a certain kind of guy, in an attempt to appeal to the masses.

Mostly the men are thirty-something, white, and have just come out of a huge Hollywood project or have an even bigger one in the queue. Case in point, last year was Chris Hemsworth, who was given the title after recent success with the Marvel blockbuster, Thor. Or the year before that, it was Adam Levine, during his reign as a judge on The Voice. In 2012, it was Channing Tatum, whose movies 21 Jump Street, Magic Mike, and The Vow all came out that year. Are you starting to see the picture here?

I mean I get it, but maybe People should return to their roots and bring someone atypical/surprising like Mel Gibson back into the mix, or add some much needed diversity to the line up. (Side note: I'd settle for a Leo win, in case you didn't get that already.)