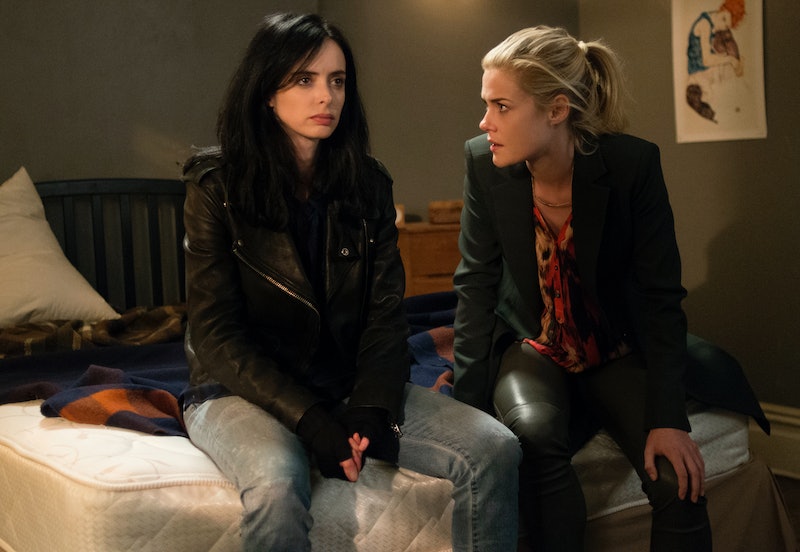 It's Marvel's world right now, and everyone else is just living in it. The superhero factory has dominated many spheres of the world of entertainment, with streaming television as its latest success. Marvel's Daredevil premiered on Netflix last year with the kind of euphoric critical and fan reception that the silly 2003 Ben Affleck film version could only dream of. Next up, Jessica Jones will premiere on Netflix on Nov. 20, releasing all 13 episodes from its first season at once. If it's half as addictive as Daredevil, Jessica Jones will be prime marathoning material, easily devoured in a mere one or two sittings. Wouldn't it be comforting to know for sure that Jessica Jones is returning for Season 2, so fans can know there's more to look forward to after the Season 1 finale?

Update: On Jan. 17, Netflix announced that Jessica Jones was renewed for a second season.

Well, sure it would. But life as a TV fan involves a frustrating amount of uncertainty. Even a series with the clout of Marvel and a cast as impressive as the core ensemble of Jessica Jones has to prove itself in real time. Obviously, Netflix and Marvel Television are hoping that audiences will be captivated by Krysten Ritter's take on the titular private eye and that David Tennant's villain Kilgrave will haunt their dreams. (It only took the trailer for him to take up a permanent spot in mine.) They're also likely banking on fans interest in a grittier, more adult version of the Marvel universe than we're used to seeing on movie screens to carry over from Matt Murdock's Hell's Kitchen in Daredevil.

There are already a few solid reasons to have faith that Jessica's journey won't end after just 13 episodes. Here's why I'm confident that Marvel's Jessica Jones will be renewed for Season 2.

Daredevil Will Be Back

At New York Comic-Con this year, Jessica Jones shared a panel with Netflix mate Daredevil, there to promote its own Season 2. The first season of Daredevil premiered all at once on April 10, 2015. By April 21, Season 2 was officially a "go." Netflix is throwing significant support behind its originals, and this relationship with Marvel has the potential to be incredibly lucrative for a long time. If the numbers are anywhere near what the streaming service wants to see for Jessica Jones, the re-up should be swift and decisive. And that's good news for fans, because it means we'll likely learn the fate of Jessica Jones shortly after its debut.

The Luke Cage Spinoff Is Already In Production

Luke Cage, another Marvel Comics hero, will appear in Jessica Jones first, but move on quickly to his own namesake series. Filming is already underway in New York for the Netflix original Luke Cage, expected to premiere in 2016, according to ScreenRant. With Netflix putting stock in fleshing out the universe that all three of these series share (and setting up endless opportunities for crossover), it bodes well for Jessica's return.

The Buzz Is Extremely Buzzy

Early reviews of Jessica Jones are just starting to hit the web, and they are, for the most part, rapturous. Variety calls the series "one of the year's most distinctive new dramas." Forbes says that Jessica Jones is "in no uncertain terms ... the best thing Marvel Television has ever produced." I was personally able to watch the first episode of the series in full at NYCC, and was blown away by the strength of its vision and Ritter's performance.

It's safe to bet on at least one more season of Jessica Jones, which is great news for Marvel fans who like their heroes rated above a PG-13, and in the form of kickass women.