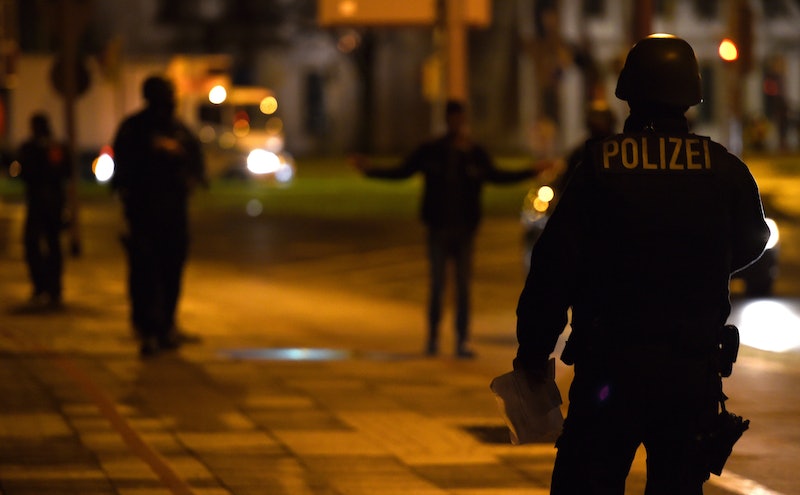 The Associated Press reports that it obtained a surveillance video of the shooting at a Paris cafe which seems to show three attackers, meaning a second suspect might be on the run. According to the AP, the video shows two gunmen dressed in all-black firing at the sidewalk bar using automatic weapons, and then returning to a car with a driver waiting inside. The identity of the second suspect is not yet known.

Police are still searching for Salah Abdeslam, the first suspect reported to have survived the attacks. Seven alleged assailants have died; six by detonating suicide bombs and one in a shootout with police. Abdeslam, who holds French citizenship, is believed to have possibly crossed the border into Belgium. Abdeslam's brother Mohamed released a statement Tuesday, calling for him to turn himself in:

We are family, we are thinking of him, we are asking ourselves where he is, whether he is afraid. But the right thing to do would be to surrender to justice.

The man suspected of organizing the attacks, Abdelhamid Abaaoud, is reportedly in Syria with ISIS, The New York Times reported, citing information from French and American intelligence officials.