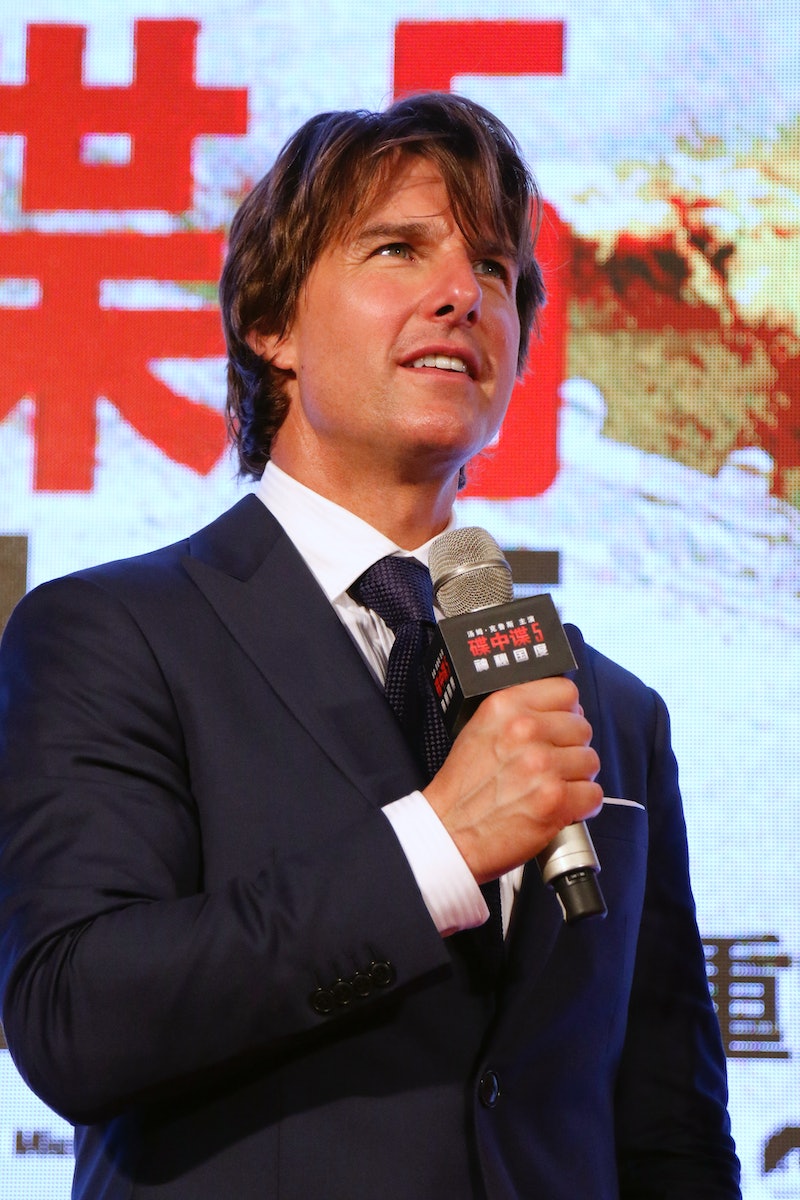 Listen. Every single boyfriend I have ever had and I are dying to know: Is there really going to a Top Gun 2? The people behind cult classic film, which is beloved by pretty much every man on the earth and every woman who likes be serenaded in random bars by men in uniform (dream of dreams!), have been confirmed to be cranking out a sequel sometime soon, but that rumor has been in the works for over five years at this point. Is there really a chance that this thing is going to happen?

Here’s some news to cool your Iceman jets on: Val Kilmer has announced on Facebook that he’s officially been offered a role in Top Gun 2. Kilmer, who was one of the two stars of the original film, played Lieutenant Tom “Iceman” Kazanski opposite Tom Cruise. He made the casting announcement himself on his Facebook page, which is a bold move.

And you thought awkward status updates were just for drama queens from high school with and your mother.

Kilmer announced on Tuesday via the social media site that he “just got offered #topgun2.” The star added that he said yes without even reading the script.

Um, that might be because there is no script.

Sure, the sequel to the 1986 classic has been the topic of conversation for quite some time. Jerry Bruckheimer and Tom Cruise were originally working on the movie with Tony Scott prior to the director’s suicide in 2012. But in 2013, Bruckheimer said that he was still working on the project. And, just this summer, the CEO of Skydance confirmed that the project is definitely in development. Justin Marks is currently penning the script for a contemporary Top Gun. In other words, lots of drones.

For his part, Kilmer edited the post a few hours after he originally posted it, adding:

This is a long way off so calm down. This has been talked about for a long long time and being offered a role is very different from doing a role. I jumped the gun with my post. I jumped the topgun.

Good one, Val. But if you want to leak future information about the project, I won’t be mad at you.