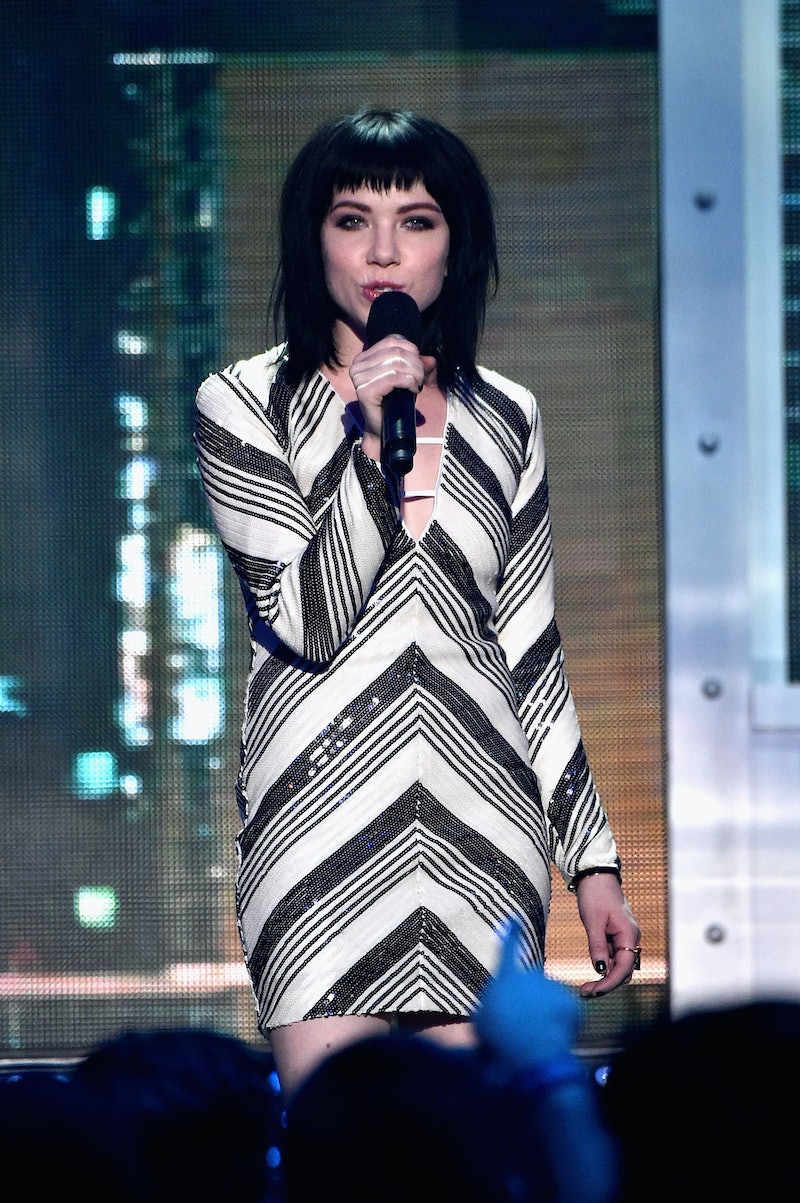 Big news, pop music fanatics: Carly Rae Jepsen is working on new music. The 29-year-old Canadian artist tweeted Monday that she was "heading back to NYC to record a very special song" that she "could not be more excited about" if she tried. Wow. I have so, so, so many questions. For example, what's the name of the song, Carly? Why are you so excited about it? When can we hear it? And what is it for??

Jepsen's latest studio album, the critically lauded EMOTION , just premiered at the end of August, so it seems a little soon for her to be moving on to the next project. But, then again, EMOTION has yet to produce a major hit single (lead offering "I Really Like You" peaked at No. 39 on the Billboard Hot 100 chart), so perhaps the Jepsenator really has decided to wash her hands clean of the LP and get started on something new. (I don't think that's likely, but it is possible.)

Why else might Jepsen be recording a new tune? I will not rest until this pop music mystery is solved! Here are four totally plausible (but totally speculative) reasons for the “Call My Maybe” singer’s recent return to the studio:

'Tis the season for holiday-themed pop songs! Katy Perry's putting out a new holiday tune in 2015... why can't Jepsen?

What if EMOTION is getting re-launched in 2016 with new songs added to the track list? I would ugly-cry tears of happiness.

She Did Another Duet With Owl City

Could happen. After all, "Good Time" is a serious bop!

Maybe Jepsen has been feeling really inspired lately and just wanted to record a new track for the hell of it! I don't think any of her fans would object.

Hopefully, all will be made clear soon.