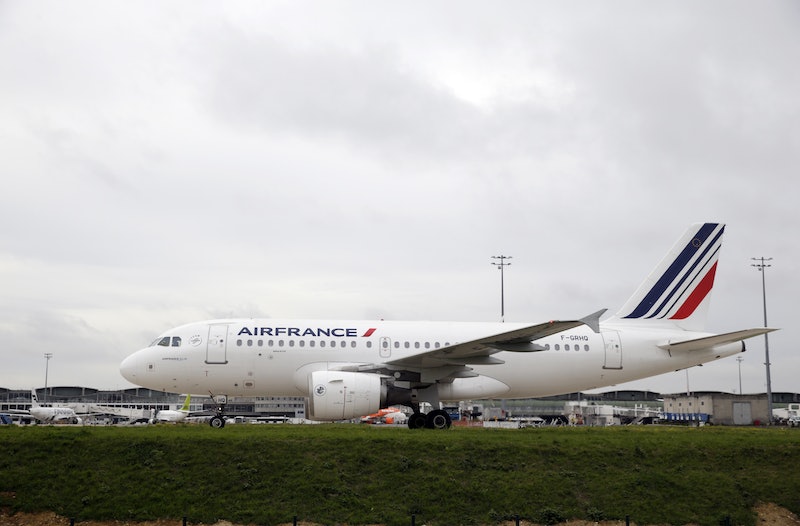 According to CNN, two Air France planes were diverted on Tuesday due to security threats. Both planes were traveling to Charles de Gaulle Airport in Paris from the United States. Air France Flight 65, on its way from Los Angeles, was diverted to Salt Lake City, Utah, after the airline received an anonymous bomb threat by phone, a Federal Aviation Administration spokesman told CNN. Another aircraft, Air France Flight 55 from Dulles, Virginia, was diverted to Halifax, Nova Scotia.

CNN reports that the Flight 65, an Airbus A380, landed safely at Salt Lake City International Airport and that passengers on board were being bussed to a terminal. An unidentified U.S. government official told CNN there was no word of whether anyone was arrested. The FBI and law enforcement partners are currently investigating the threat. "Several law enforcement agencies are working in concert, following established protocol, to determine the nature of the threats which caused the aircraft to divert," the FBI said in a statement.

According to CBC News, Flight 55 landed safely in Halifax, and the 262 passengers and crew members were being evacuated. A spokesman for Halifax Stanfield International Airport told the news channel that the people on board would be taken to "a secure area in the airport terminal." It is unclear what caused Flight 55 to be diverted.

In a statement, Air France confirmed that the two planes were "subjects of anonymous threats" that were received after takeoff. "As a precautionary measure and to conduct all necessary security checks, Air France, applying the safety regulations in force, decided to request the landings of both aircraft," the statement read.

Airline officials are understandably on edge after the terrorist attacks in Paris left at least 129 people dead and more than 350 people wounded, many critically. On Tuesday, the Russian government also confirmed that an explosive device was responsible for bringing down Metrojet Flight 9268 on Oct. 31, killing all 224 people on board.