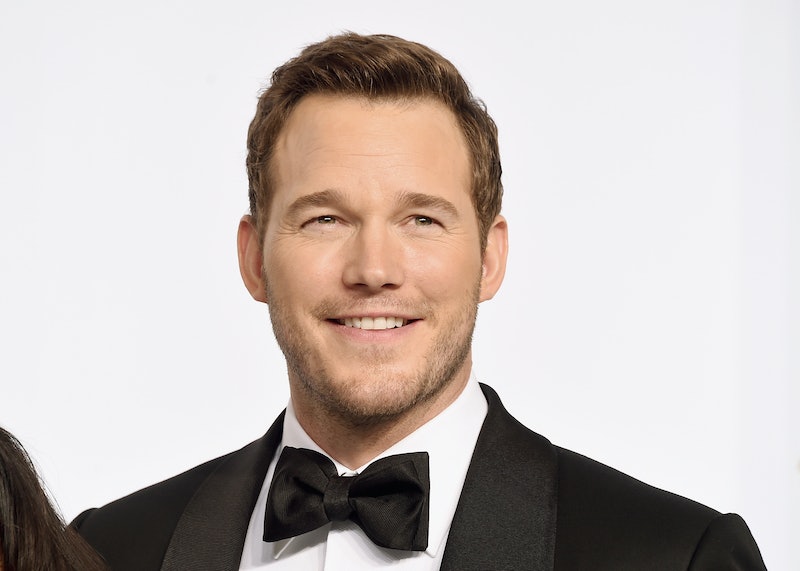 Not that we all take People's Sexiest Man Alive crown as the final word on who we found irresistible over these last 11 months, but who are we kidding? We totally do. After the release of Magic Mike in the summer of 2012, a win for Channing Tatum that year was plain common sense. And Chris Hemsworth's 2014 reign was more than acceptable: he somehow pulls off a combination of blonde wavy locks and ridiculous muscles every time he plays Thor. But this year, the magazine is playing some mind games, for real. Because even though he didn't win, Chris Pratt deserved to be People 's Sexiest Man Alive.

Sure, the competition was fierce with appealing actors and musicians abound. And People has its reason for going with the chosen winner, David Beckham, I'm sure. But who can compete with the full package that is the thoughtful, hilarious, and extremely good-looking Pratt? People must have overlooked all the justifications for Pratt's winning the award this year, so I'm going to lay them out for you. Here are the reasons Chris Pratt should have been 2015's Sexiest Man Alive, because being sexy is about so much more than a pretty face. (He's got that too, though.)

It would have been more than enough for Pratt to have given us just Andy Dwyer and Dwyer's alter egos Johnny Karate and FBI Agent Burt Macklin. The laughs that were born as a result of Dwyer's one-liners on Parks and Recreation are countless. That Pratt is just as funny in real life is almost too much to bear.

2. No One Didn't Love Those Abs For Guardians Of The Galaxy

I'll just leave that there. No, really. No words necessary.

Well, OK. He played a rock god, and by rock god I mean garage band nobody. But Pratt's role as Mouse Rat band member on Parks and Recreation made us all fall in love again with that lazy, self-centered lead singer type.

4. He Loves His Wife And Braids Her Hair

If that face doesn't scream "the boy next door," I don't know what does. And if the face isn't enough to convince you, the forced smile, freckles, and gelled-by-mom-to-keep-the-cowlick-at-bay hairstyle should do it.

6. He Turns Bets Into Excuses To Dress Up As A Superhero

You are probably aware of Pratt's Superbowl bet with Chris Evans, but let's get a reminder since that was the kind of the best thing ever. Pratt's Seattle Seahawks didn't get the NFL championship, but a whole bunch of kids at Christopher's Haven, a Boston home for children with cancer, got a visit from Pratt's Guardians of the Galaxy character, Star-Lord, as a result.

7. He Can Put "Dinosaur Whisperer" On His Resume

Again, not really. But he can put playing Owen Grady, Velociraptor expert and trainer, in Jurassic World on his resume. And if anyone could be a dinosaur whisperer in today's world, it would probably be Pratt.

8. He's An Inspiration For Dads Everywhere

When Pratt's wife Faris tweeted a photo of their son having a bit of an accident, Pratt tweeted in return, "Those are swim shorts. Put him in the pool and that's perfectly acceptable behavior. I'm proud of you both." Giving affirmation that what your loved ones are doing is OK? Tell me that's not sexy.