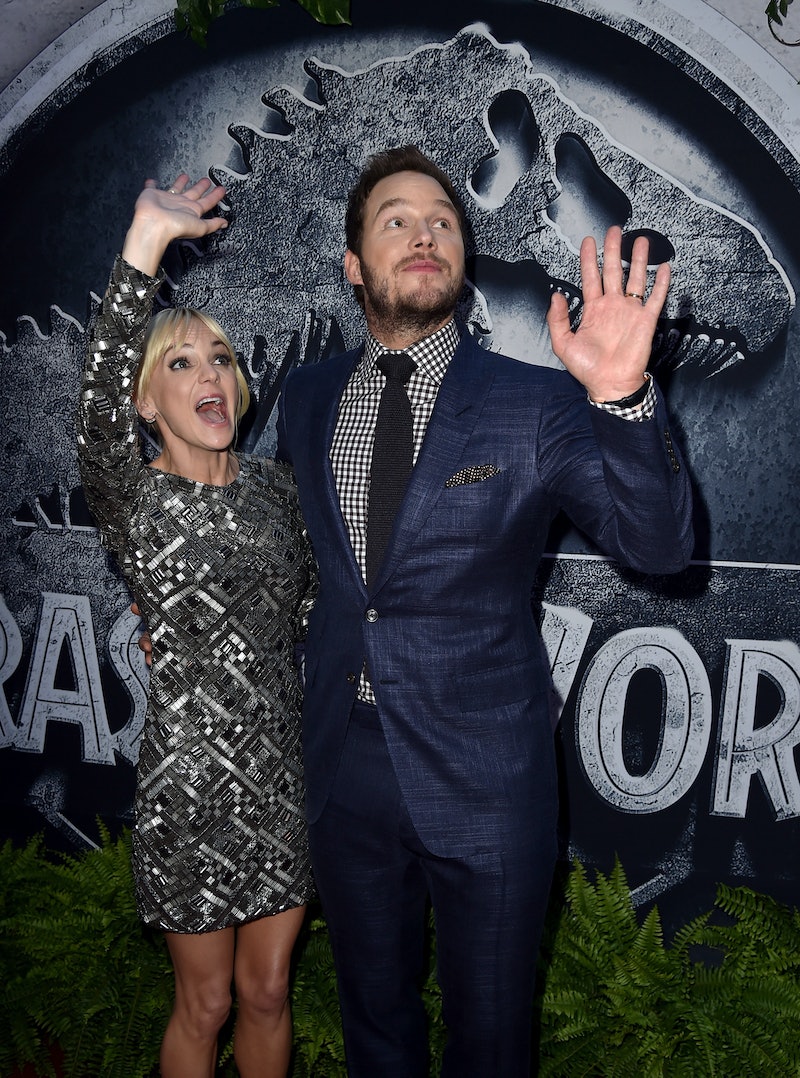 If you didn't already know, Chris Pratt and Anna Faris are #RelationshipGoals, #ParentGoals, and #LifeGoals all wrapped up into one. The two comedians are forces to be reckoned with individually, but together, they're straight-up unstoppable. Full disclosure: I've been a huge fan of Anna Faris ever since she starred as Cindy Campbell in (almost) every iteration of the Scary Movie franchise, and my love for Chris Pratt is perhaps best explained with the fact that every time I type his name, I write "Christ Pratt," which is really more of a Freudian slip than a typo. So, once these two joined forces as husband and wife and later became parents to the sweetest little boy around, I just knew that this was going to be something special. And thanks to their wildly hilarious antics all across social media, we can see just how heart eye emoji-worthy Chris Pratt and Anna Faris' relationship really is.

The two actors are not only ungodly funny (you only need to watch Faris in House Bunny or Pratt in Parks & Recreation to witness this first-hand), they are also relentlessly and unapologetically in love. Check out Pratt and Faris' sweetest social media moments below.

1. When He Wrote An Entire Paragraph About How He Knew His Wife Was "The One" During A Reddit AMA:

2. When They Selfied As A Family

3. When She Thought Her Husband Was Leaving Her For A Velociraptor

4. When They Knew That Shaving Your Legs Meant Serious Business

5. When They Got Drunk Together

6. When He Instagrammed This Adorable Scene

8. And When He Called His Wife's Father "Dad"