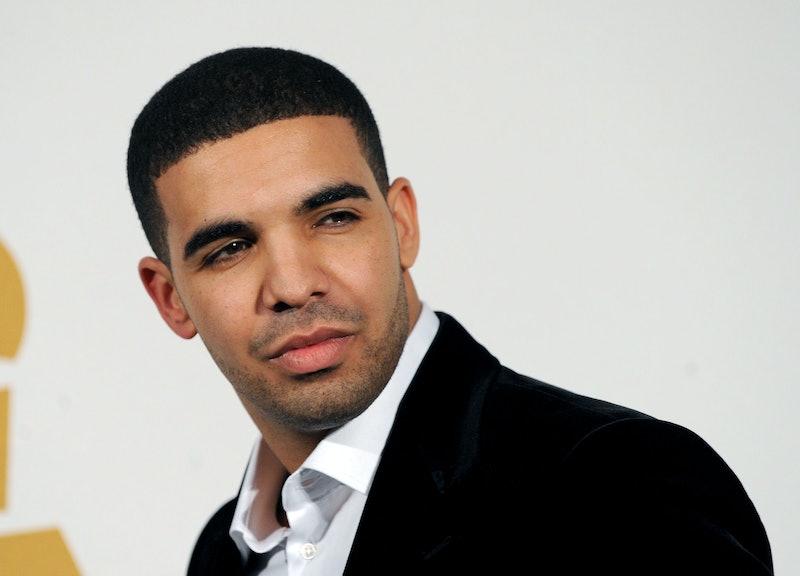 People magazine unveiled this year's Sexiest Man Alive on Tuesday night on Jimmy Kimmel Live, and it's a big reveal with international soccer superstar David Beckham taking the title. The 30th anniversary of the honor also included a list of the hottest man in every state as provided in partnership with dating app Tinder. What's truly missing? Why, one of the best rappers out there. Drake should've won People's Sexiest Man Alive and not just because he has one of the catchiest songs charting in the country right now.

His earnest missives and lovelorn croons have earned him an entire Perez Hilton list of his sexiest Instagram shots. Even the sports world loves Drake. The rapper's beloved Toronto Raptors will be celebrating their second annual Drake day later this month when they face the Cleveland Cavaliers on Nov. 25. Even up against some of the most boisterous artists in the contemporary canon — ahem, Meek Mill — Drake is a clear favorite.

The soulful musician's standout hit "Hotline Bling" has sold over 1.2 million copies in addition to showing Drake's more playful side with its accompanying video. Drake has spawned a movement of goofy dancing and earnestness that's frankly pretty hot, save for Donald Trump getting involved on SNL.

Let's not forget his time spent up north in his hometown of Toronto cast as Jimmy in the hit teen drama Degrassi. He's a multi-faceted artist with a whole lot of depth. Following that whole Tinder-fueled list of single guys ready to mingle across the country, Drake might also be unattached, though if he is in fact dating Serena Williams, then that is one spectacular power couple. Beckham also gets a bit of sexy points for his seriously fantastic partner, Victoria. Drake, though. Drake is the total package.

Other people seem to agree, especially throughout the years. The Gloss voted Drake as one of their sexiest men alive last year, and Glamour named him their sexiest singer alive this year. It's his second honor in a row and well deserved. Drake's previously gotten some People love as well, having been included in their 2010 list of sexiest men but still not quite topping it. The celebrity news magazine even called him a bit of a bad boy, citing lyrics from "Show Me A Good Time" as proof of just how wild he likes to get.

C'mon, People. You've recognized greatness before. Surely you can do it again.

More like this
Post Malone Is Engaged To A Mystery Woman Who Just Gave Birth To Their Baby
By Hugh McIntyre
Britney Spears Just Recreated One Of Her Iconic Record Covers
By Frances Stewart
Who Is 'Umbrella Academy' Star Elliot Page Dating After His Divorce?
By Jake Viswanath
Justin & Hailey Bieber's Bond Is "Unbreakable" Amid His Ramsay Hunt Diagnosis
By Bustle Editors
Get Even More From Bustle — Sign Up For The Newsletter