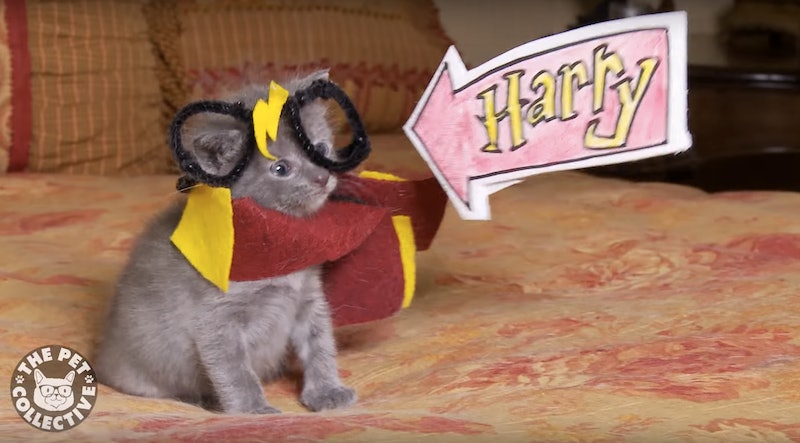 With franchises like Spider-Man getting rebooted as often as I get the oil changed in my car, it's not all that surprising that people have been murmuring about a potential Harry Potter reboot in the works. I wondered why anyone would bother messing with perfection, but that was yesterday, before I saw these kittens reenacting the Harry Potter movies. Now I understand that the reboot was not only inevitable, but entirely necessary. Make way for a new age of Hollywood, everyone.

In a mere seven minutes, these adorable little furry babies manage to bring more honor and dignity to this series than I have managed in all the years I've been reading the series myself. Is there an Oscar award for kittens? They deserve a nomination for this. They deserve more than that, in fact. Do they want my kidneys? They can have 'em. Because really, this kind of artistic genius is so priceless that there is really no way to do it justice.

No word yet on what J.K. Rowling thinks of the reboot, but I imagine she'll find it every bit as meowgical as the rest of the world does. It has everything a good reboot reenacted by cats requires:

We already know how this story ends, so I know I'm not going to ~accidentally spoil~ anything for you. Still, before you inevitably going on your December Harry Potter marathoning bender, you should prime yourself for the emotional devastation by watching these kittens first: