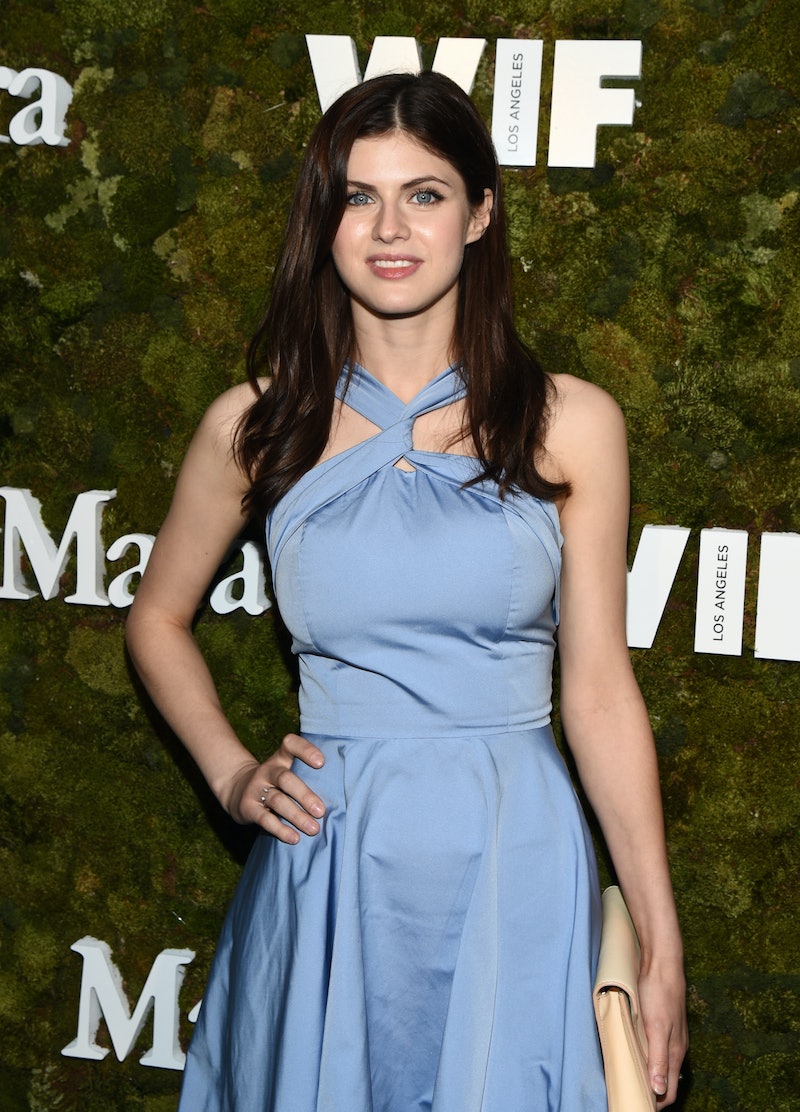 When it comes to some of the best shows of the '90s, Baywatch has got to be towards the top of that list. It was dramatic, it was campy, and it was really, really addicting. I don't know why I loved it so much growing up, but I did, so I was way too pumped to hear that a Baywatch movie is in the works — and that The Rock and Zac Efron are starring in it (because if there's anything I love more than Baywatch, it's The Rock). Things seem to be moving full speed ahead on the project, because now we have a female lead, as well. Alexandra Daddario will play the female lead in Baywatch on the big screen, and while that casting is unexpected, it's also pretty awesome.

Daddario and The Rock have already worked together on San Andreas, so they're old pals by now. In fact, it was Dwayne "The Rock" Johnson who shared the news of Daddario's casting on his Instagram page on Wednesday. He also revealed that Daddario will be playing the role of Summer and promised that "the quality women we'll cast are stepping into these roles to have fun and make them iconic for the world to enjoy." Sounds like a pretty good deal to me.

To be honest, I was a bit shocked to hear that Daddario had been chosen for the female lead. While she's most known for her gritty role as Lisa in True Detective and as Rachel in Parenthood, you wouldn't necessarily expect her to go camp for Baywatch, right? While I can't necessarily think of an actress that I would immediately cast for the project, Daddario wasn't even in my brain, and perhaps that's exactly why it's so genius. Playing Summer will give her a chance to flex her comedic muscles while running around the beach in that iconic bathing suit. Why not?

There are several other female roles to be cast, as The Rock pointed out on his Instagram page, and I can't wait to see who joins Daddario in the roles. Baywatch was, while not the most hard-hitting drama, one that was a lot of fun, and I'm sure the movie will totally match that attitude and give us all that jolt of nostalgia we love so much. I'll be booking my ticket, that's for sure.