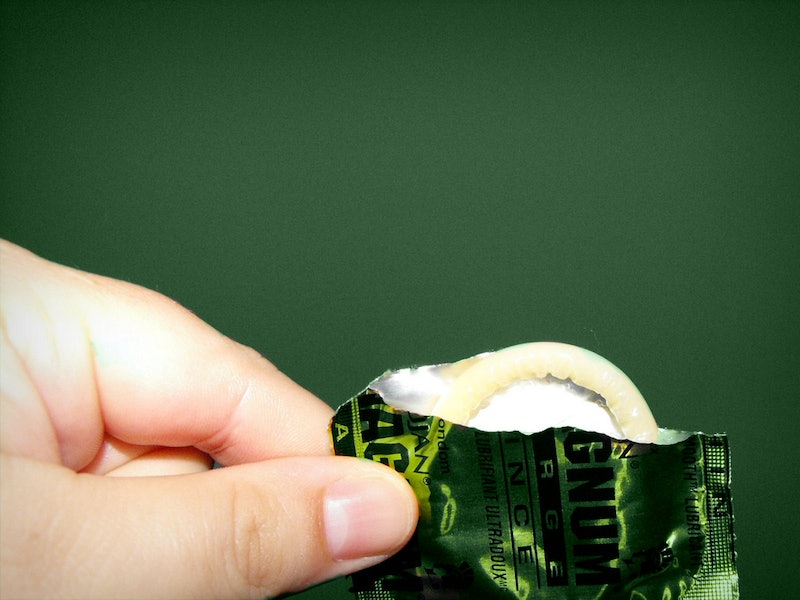 Bad news for...well, basically everybody: the CDC says that rates of sexually transmitted diseases are hitting new highs. Based on a new report, STDs were even more prevalent in 2014 than they have been in recent years. So basically condoms are the watchword — even more so than usual.

Compared to many developed nations, the United States already has an extremely high rate of STDs, and it seems that our numbers aren't getting any better. Chlamydia seems to be the most common concern. In 2014, there were 1.4 million new cases of chlamydia reported, the highest number of annual cases the CDC has ever recorded for any disease. But there was also a five percent increase in cases of gonorrhea, as well as a 15 percent increase in cases of primary and secondary syphilis.

Overall, 6.3 people per 100,000 in the United States have primary or secondary syphilis; 110.7 per 100,000 have gonorrhea; and 456.1 per 100,000 have chlamydia — all numbers that are up since last year. Although the new data only covers those three STDS, the data still implies that people are commonly having unprotected sex. This, in turn, means that presumably the rates of other STDs haven't magically gone down, either.

At least this is good news for condom manufacturers; it should definitely be inspiring all of us to go forth and stock up on condoms immediately.

STD infections are most common among young adults, particularly those aged 20 to 24. And while women are the most severely affected by STDs, the CDC says that they are particularly concerned about the increasingly high rates of infection among gay and bisexual men, particularly for syphilis.

"STDs affect people in all walks of life, particularly young women and men, but these data suggest an increasing burden among gay and bisexual men,” the director of CDC’s National Center for HIV/AIDS, Viral Hepatitis, STD, and Tuberculosis Prevention, Jonathan Mermin, said in a statement.

So what should we all do with this information? Well, the obvious answer is have safe sex. The CDC also recommends that anyone who is sexually active get tested for STDs at least once per year, especially if you are under 25. And gay and bisexual men in particular should consider getting tested more frequently for syphilis, chlamydia, gonorrhea, and HIV, even if you don't have symptoms. This isn't about shaming anyone for having an STD; it's about being both a responsible adult and a responsible partner. Sexual health, simply put, matters.

“The consequences of STDs are especially severe for young people,” said Gail Bolan, M.D., director of CDC’s Division of STD Prevention in a statement. “Because chlamydia and gonorrhea often have no symptoms, many infections go undiagnosed and this can lead to lifelong repercussions for a woman’s reproductive health, including pelvic inflammatory disease and infertility.” She added that some of the rise in STD rates might be due to the number of state and local STD programs that have been scaled back or cut altogether in recent years. Which sucks.

So: Be smart, get tested, and practice safe sex. Condoms won't protect against everything, but they're still your friends.