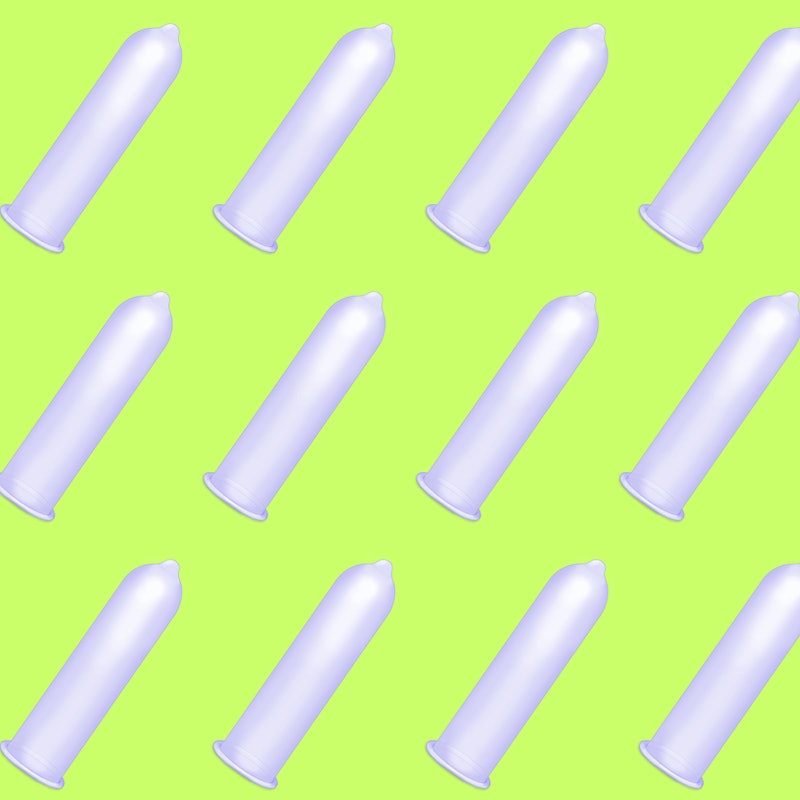 So I think we can all agree that condoms are not the most popular form of birth control. We’ve all heard from both men and women who actively hate condoms and choose to go without, sometimes without any other form of protection from either pregnancy or STIs. And the numbers back up the stories: only 19 percent of women between the ages of 20 and 44 use condoms every time they have sex. Now, granted, a certain portion of women in that age group are probably in monogamous relationships where they’ve worked out another form of birth control to protect them from pregnancy and they’re assuming that monogamy will protect them from STIs. However, I’m guessing that a lot of women just aren’t sure how to insist on condoms, whether they’re in a new sexual situation or with someone they’ve been sleeping with for a while.

Bringing up condoms can be hard, with all kinds of weird baggage attached to just the simple act of asking. Some women don’t want to spoil the mood, while others are afraid that by asking they’re implying that their partner is carrying an STI. I even had one young friend of mine tell me that she thought that if a guy didn’t use a condom, it meant he was only having sex with her and no one else. (Forgive her. She was a very young 17.) Sex is fraught with all kinds of potential minefields and the condom question is one that is all too easy to skip over in your pursuit of sex and orgasm.

But we really need to stop skipping this step to safe sex. Condoms are extremely effective at protecting against both STIs and babies, two things that most young adults are strenuously trying to avoid. The very first advice that I give to young women who are struggling with insisting on condoms is to think about their last STI or pregnancy scare — and basically every sexually active adult has had one or the other or both. Think about how stressful that was and how much you were freaking out and then weigh it against that potential brief moment of awkwardness when you ask a guy to use condom. And I want to emphasize potential here because it doesn’t necessarily have to be awkward! The dude might just be like, “Yeah, no problem!” and slip it right on!

Once you've got that settled in your head, here are seven other things to help you the next time the condom question comes up.

1. Keep Your Own Stock

The oldest excuse in the book is “I don’t have one.” Avoid it altogether by making sure you have condoms in your bedroom and in your purse, for the times that you’re at his place. While it’s nice to imagine that guys are always going to take care of prophylactics, the reality is that they don’t always. Be a badass chick and protect yourself.

2. You Can Even Carry Them In A Cute Little Pouch!

My personal fave is the Turn Me On pouch from the eco-friendly condom company Sustain. You can even get one already pre-packed with condoms! But if this one isn’t your style, any cute little bag or clutch will do. Just make sure it’s made of a thick enough material that your condoms won’t get punctured in your bag.

3. Offer To Help Him Put It On

Whisper in his ear, “Do you have protection?” while you’re rubbing up on him. By doing it that way, you’re associating condoms with taking it to the next level. Once that fact clicks in his brain, you can watch him jump right up and scramble to go get one.

A lot of guys try to push for no condoms even after a woman has said she wants to use one. While it can be really hard — and trust me, I know from personal experience how hard this part is — you have to stand your ground on it. Say something like, “We can do other stuff without a condom, but we’re not going to have sex,” even if you’re worried it might ruin the mood.

Chances are, your mood has already been ruined by the fact that you have to push him about this — and it should be. Personally, I know that I can’t really relax until I know exactly what kind of protection we’re going to be using because I’m the one at risk for pregnancy and I’m at a higher risk of contracting an STI than he is. Plus, a guy who’s trying to push you to do something you’re not comfortable with is not a guy that you want to be doing it with anyway, so risk ruining the mood and advocate for your health.

7. Feel Empowered To Shut It Down

It’s your body, your choice. You have every right to stop the sexual encounter at any point if you don’t feel comfortable with where things are going. If you do want to see this person again, you can do it in a nice way by saying something like, “Dammit! I really wanted to have sex with you tonight! Guess we’ll have to wait until next time.” And then pull a cute frown-y face as you put your underwear back on.

But if the guy is really being a dick? Get up, get your clothes on, and get out. That is not a person who respects you and is not someone who should be allowed inside your body.