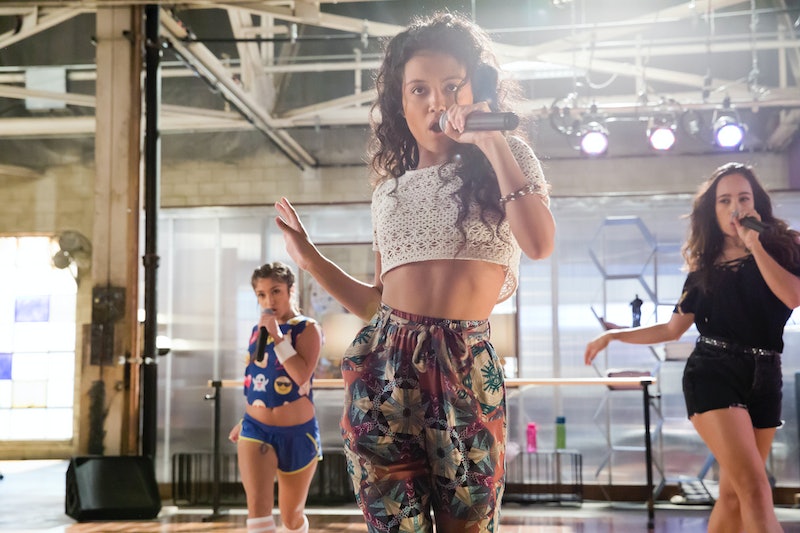 Guys, Anika has officially lost it. I get that being told you and your probably baby daddy are going to be "homies" is a bit of the slap in the face, but kidnapping his love interest? Girl, we need to take a step back and talk about this. On "My Bad Parts," Anika learned that she was pregnant, probably with Hakeem's baby, and despite her efforts, she didn't get to tell him. Instead, Hakeem told her he was in love (with Laura) and she went on her way. But, at the end of the episode, Anika seems to kidnap Laura and drive away with her, so I'm just wondering, What are you doing, Anika?

I get that Anika is in a bad situation right now, but something tells me this pregnancy is coming at a really bad time, because it seems that she is having a bit of a breakdown. Kidnapping Laura — or at least posing as her driver and driving away with her — doesn't seem like something a stable person would be doing at a time like this, which makes me question what she has planned for her.

It would make sense if Anika drives Laura away so she can tell her to back off of Hakeem. Anika is really into that boy — aren't we all — and she seems to be willing to do anything to win him back. But, is she willing to hurt Laura? Chances are no, since Laura was seen in the preview of the next episode. But, I wouldn't put it past Anika to tell Laura about the baby, in hopes of Laura choosing that Hakeem isn't the guy for her.

I don't really understand why Anika isn't telling Hakeem this information before doing something drastic like taking Laura away. Does she think that maybe she can threaten her and make it so Hakeem wouldn't find out? Since everyone knows everyone's business on this show, I don't think that's going to happen. Plus, if an ex-lover kidnapped me and threatened me, you bet I'd be screaming that from the roof tops.

Overall, Anika's pregnancy is going to cause some drama for your mama on Empire, and speaking of Mama... I can't wait to find out what Cookie's reaction to this is going to be.