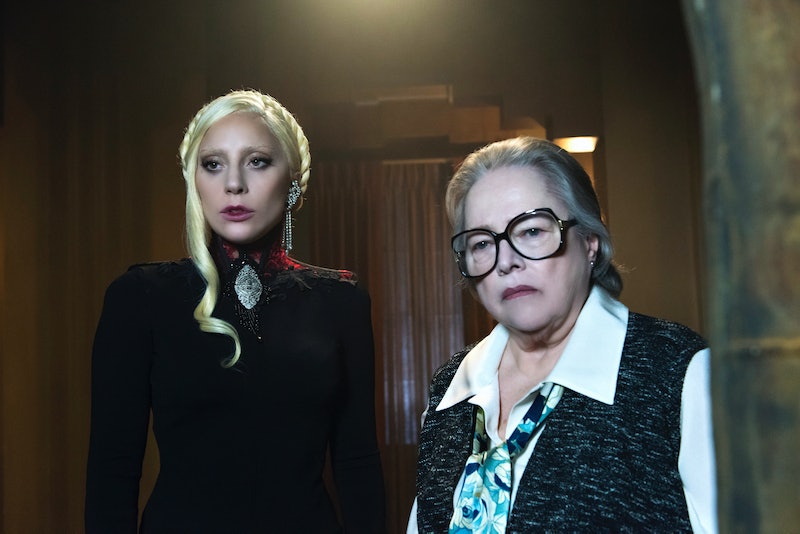 Tonight's episode of American Horror Story: Hotel was chock full of craziness and brand new characters. The main arc of the episode focused on Lady Gaga's character's connection with Rudolph Valentino, one half of the hangry vampires that were found in the wall of the Hotel Cortez during renovations. Turns out, Elizabeth considered Valentino (and his wife Natacha Rambova) to be her one true loves. Unfortunately they were placed behind a steal wall in the hotel after Mr.March got a bit jealous of his lady's misplaced affections for him. During the flashback of these characters' lives together in 1925, Rudolph told Elizabeth a pretty important story about the man who turned him into a vampire. So, who was this mystery man? None other than director F.W. Murnau, who is a very real person.

Ryan Murphy's Rudolph Valentino ended up meeting Murnau on a train way back in the '20s while he was traveling for a promotional tour of sorts. Murnau became oddly fixated on him during their ride and eventually informed him that he could "preserve him." Basically, he wanted to change him into a vampire. Rudolph let him and that's how we ended up with our beloved Countess later. He ended up being the one who changed her, too.

In a twist of events straight out of American Horror Story, his grave was sadly broken into in 2015. The thief stole Murnau's skull and hasn't been found. You can't make this stuff up. Unless you're Ryan Murphy...