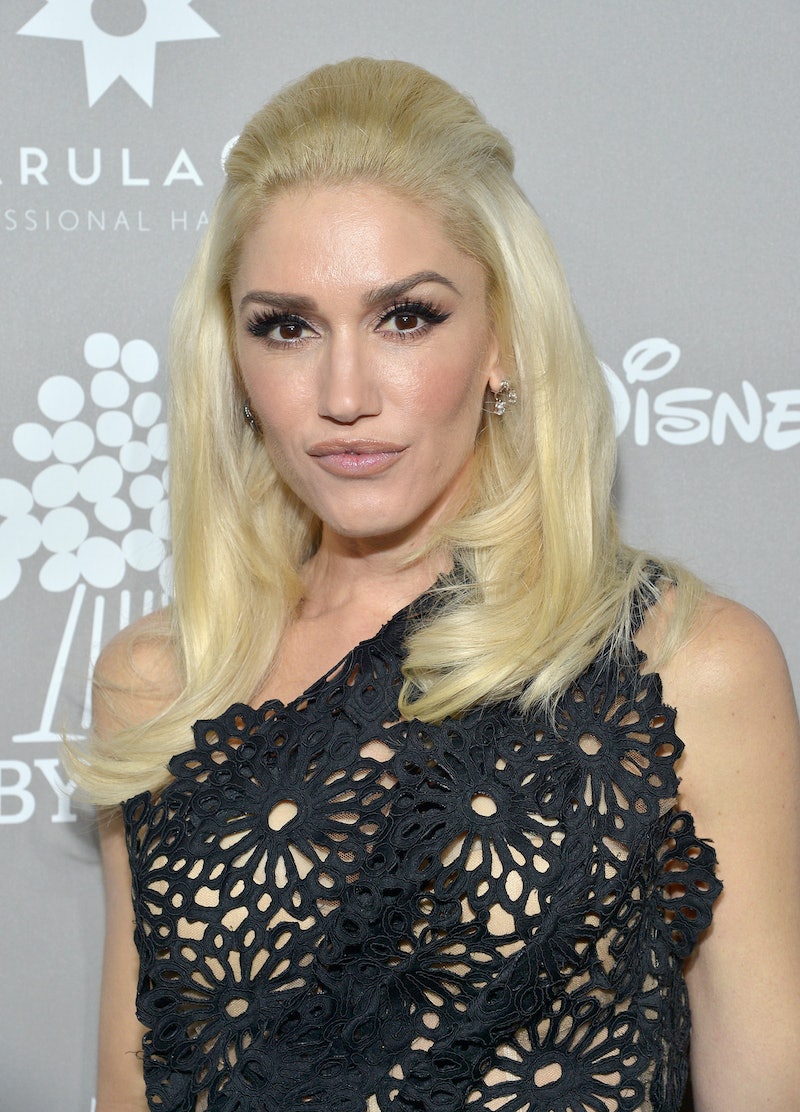 Is it just me, or is anyone else still struggling with the fact that this whole Blake Shelton and Gwen Stefani relationship is a real thing that's happening? When the rumors first began, I thought for sure that they weren't true. Two extremely different judges from The Voice dating? It just didn't sound real. But now that their relationship has been confirmed, it's obvious that they're pretty happy together — and that things are moving kind of fast. Exhibit A: Apparently, Shelton has asked Stefani to spend Thanksgiving with him at his home in Oklahoma, and her kids are invited, too.

Wait. Hold on a second. Isn't this a relatively new thing? After all, Shelton has only been divorced from Miranda Lambert since July. But the Thanksgiving report proves that things are getting serious. You don't just spend holidays with someone you're casually seeing, especially when children are involved. In my experience, that's typically reserved for couples who have been together for awhile. But if this report is for real and these two are about to sit down and share some turkey, that means Things Are Getting Real.

In fact, this rumor isn't the first sign that things are already serious between them. Since Shelton and Stefani confirmed their relationship, plenty of other stories that have hit the Internet have shown that they're moving crazy fast — and almost 100 percent of them are absolutely outlandish.

They're Already Planning A Wedding

Allegedly, Stefani and Shelton are about two seconds away from choosing a wedding date, which will happen as soon as Shelton proposes on air on The Voice. OK, that would be amazing for ratings, but I seriously cannot see this happening. Shelton has been single for four months! I mean, when you know, you know, but I don't think anybody knows that fast — especially two people who may be more cautious about marriage the next time around. Or, you know, maybe they're getting married and Pharell is officiating. I've been wrong before!

Stefani Is Pregnant With Shelton's Baby

This one is my favorite, partially because it's so ridiculous, and partially because Shelton has already shut this rumor down. Of course, I thought the rumors that they were dating at all were pretty ridiculous, too, so I guess anything can happen? Reportedly, Stefani found out she's pregnant with Shelton's baby last month, and they both sound over the moon about their imaginary child.

The Voice Is Worried About Their Relationship

Finally, something that makes sense! According to Radar Online the powers that be at NBC are a little concerned that if Shelton and Stefani break up in the future, it could be bad for the show. It's true that coworker relationships can get messy, especially the kind on national television, so I wouldn't be surprised if this rumor was actually real.

Apparently, Kingston, Zuma, and Apollo have already met Shelton in a "very natural and healthy way," whatever that means, and aren't just spending Thanksgiving together — Christmas, too. I'm going to hold my breath until I see Instagram proof of this one happening, though.

And all rumors aside, all that matters is that Stefani and Shelton are happy together, and it definitely seems like they are. Congrats, guys!