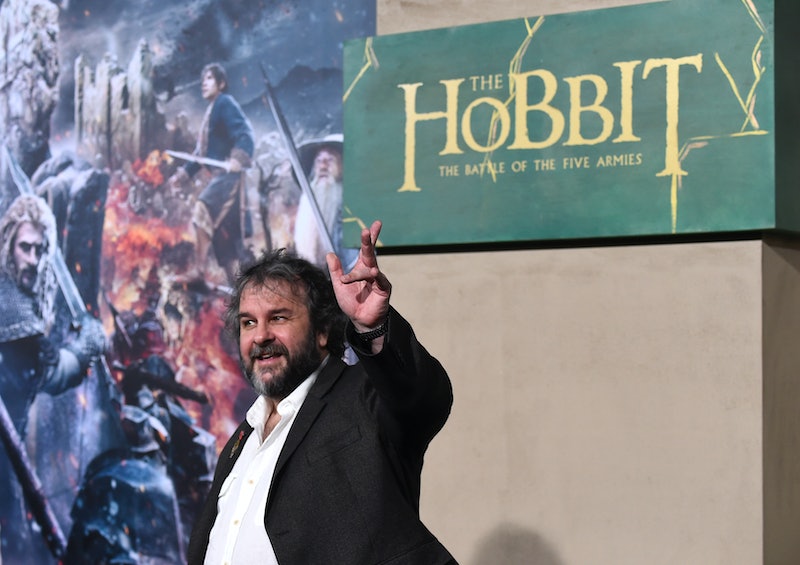 "I didn't know what the hell I was doing." Those are precisely the words that Peter Jackson used when discussing The Hobbit films in a behind-the-scenes video on the trilogy's recently-released Blu-Ray. "You’re going on to a set and you’re winging it, you’ve got these massively complicated scenes, no storyboards and you’re making it up there and then on the spot," is how he describes the process of working on the three movies. But why was Jackson so unprepared for The Hobbit ? After all, he already had plenty of experience with Middle Earth thanks to the Lord Of The Rings trilogy.

The news that things on the set of The Hobbit were a bit tumultuous may not come as much of a surprise to some. While the three films did well financially, grossing nearly $3 million worldwide, the critical reception from fans and reviewers alike was more muted. While the three LOTR films were nominated for 30 Academy Awards and won 17 — including Best Picture and Best Director for Return Of The King — the three Hobbit films garnered a mere seven nominations between them and zero trophies. While the original trilogy earned an average RottenTomatoes score of 94 percent, the prequels averaged out at a lukewarm 66 percent.

Given that both trilogies were directed by Jackson, written by the same team, and produced by the same studio, what accounts for the drastic difference? One could argue that stretching out one 300-page novel over the course of three two-hour-plus films had something to do with it. But Jackson himself cites a more specific reason: the departure of Guillermo Del Toro from the project.

Originally, the director of Pan's Labyrinth was supposed to helm the new trilogy of Middle Earth films, but had to pull out due to delays in production. When he left, Oscar-winning Jackson was brought on as his replacement:

Because Guillermo Del Toro had to leave and I jumped in and took over, we didn’t wind the clock back a year and a half and give me a year and a half prep to design the movie, which was different to what he was doing. It was impossible, and as a result of it being impossible I just started shooting the movie with most of it not prepped at all. I spent most of The Hobbit feeling like I was not on top of it […] even from a script point of view Fran [Walsh], Philippa [Boyens] and I hadn’t got the entire scripts written to our satisfaction so that was a very high pressure situation.

If production on The Hobbit was really as chaotic and improvisational as Jackson makes it seem, then it's actually even more impressive that they came out as well as they did. The new trilogy may not have lived up to the dizzying heights of LOTR — an impossibly high bar to meet — but they were still generally well-liked and decidedly fun in their own right with memorable characters and exciting action. Juggling a cast of hundreds, massive set pieces, dazzling special effects, a demanding studio, and sky-high expectations — all while jumping into the project at the last minute — is no mean feat, and Jackson deserves to be applauded for pulling it off as well as he did.

After all, improvisation is nothing to be ashamed of. Some of the most memorable scenes in cinema history were executed on the fly, without months of planning; sometimes even without words on a page. Think Dustin Hoffman's oft-quoted line in Midnight Cowboy , "I'm walkin' here!" (Improvised when the actor was actually almost struck by a speeding taxi.) Or Han Solo's iconic response to Leia's profession of love: "I know." (The script called for Han to respond with, "I love you too," but Harrison Ford found it out of character.)

Would the Hobbit trilogy have benefited from more time spent in the planning stages? Perhaps. But that's water under the Bridge of Khazad Dum. It sounds like Jackson has learned a lot from his in Middle Earth, and whatever he works on next will benefit from that experience.

You can watch the whole interview below.