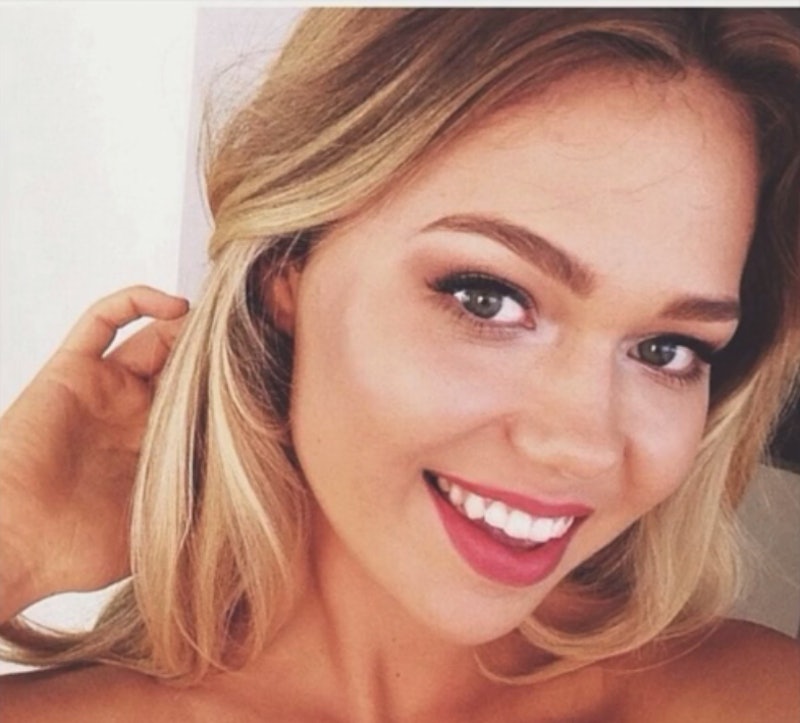 When a person chooses to leave Instagram, it very rarely makes headline news (unless you're Rihanna). Things are a little different for Essena O'Neill, though. It's been mere weeks since O'Neill shook up our perception of social media with her retirement from Instagram. The fitspiration star left behind over 612,000 followers, but not before editing her pictures to give them new, truthful captions. Now she's back in our lives with a confessional style video, as reported by Refinery29. And it's a video that raises a lot of questions about the merits and flaws of social media culture. Although the popularity around O'Neill's story has drummed up a lot of interesting points about the pressures of our perfection-obsessed society, blaming Instagram and similar platforms is too simple an answer. Especially when these sites have been a vital tool in organizing social justice and body positive campaigns.

For Essena O'Neill, being popular on social media was too much. As she said in her latest video, "​I am an inspiration for meeting society's impossible standards for women. That is not inspirational. Being as slim and as toned as I was in the picture is not creating world change. It's creating other people to want to be as slim and toned as I am." For many, aspiring to a body ideal that's actually impossible to maintain healthily can lead not just to low self esteem, but to self hatred and disordered eating.

O'Neill's anti-social media mission has been ongoing since her disappearance act and she has notably described all the ways that her accounts negatively impacted her through videos like "You're My Inspiration." She acknowledges how her body meets traditional beauty standards, but she doesn't see this as a positive. Instead, she preaches the importance of celebrating different body types. In her video, she noted, "Placing my value on my physical body and the social approval that came with it, you are always left wanting more."

Although her work has a clear and important message, it's vital to note that her personal experience isn't one that has to ring true for all users of Instagram, Twitter, Tumblr, or any other medium. Social media doesn't have to be evil. In fact, a lot of people — like models and activists Dounia Tazi and Mina Mahmood, for example — thrive on the rising popularity of their social media presence, where they preach self love, body positivity, and social consciousness.

This doesn't mean that Essena O'Neill has done anything wrong, of course. The pressure of being in the public eye is a lot, and the effort to stay relevant and popular must seem never-ending. Even celebrities, most of whom likely undergo media coaching, struggle with the role. But the publicity that's surrounding O'Neill's exit from social media and the subsequent demonizing of social media is an oversimplification of the subject. Although O'Neill may call these platforms "contrived perfection made to get attention," that only really applies to specific communities on said platforms.

Almost every week, a new body positive hashtag comes around beside another viral self love video, and these things celebrate every conceivable difference in humans that mainstream media often refuses to acknowledge. By seeing bodies similar to our own represented on social media, many of us can feel better about ourselves. By building our own feeds, streams, and timelines, we can choose to expose ourselves to homemade positivity away from the mass marketed traditional beauty standards and self doubt.

For me, the online body positive movement has changed not just how I view other people, but how I view myself. I can see and respect the beauty to be found in everyone because of the role models I've found online.

Although Essena O'Neill struggled with being a role model, she seems much happier since removing herself from all social media platforms. She's even started her own site for raising awareness of social issues: Let's Be Game Changers. Her new page aims to deconstruct the meaningless beauty standards and pressures we put ourselves under, by producing videos and essays that explain her own views on self love and social media. Hopefully through this, she'll continue to discover a side of the Internet that preaches positivity instead of perfection.

At the end of the day, those are the spaces we could all benefit from infiltrating on the Internet.