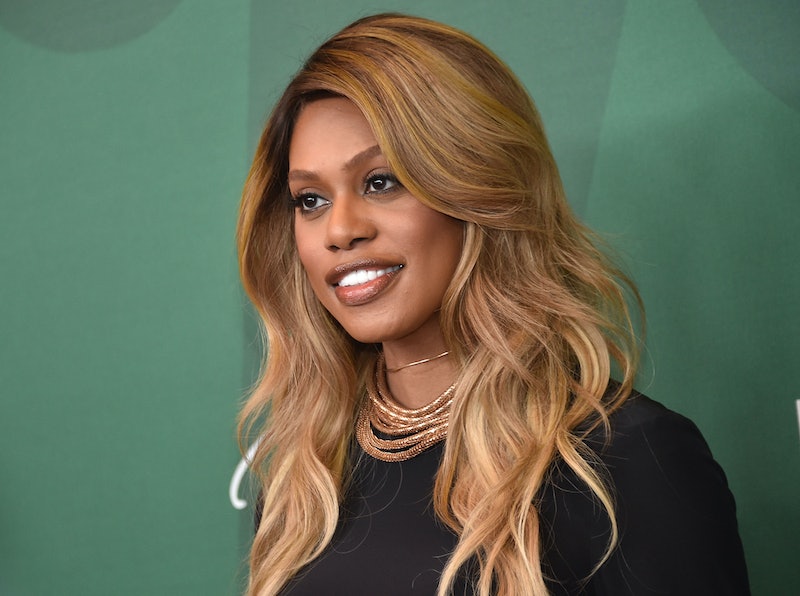 Laverne Cox doesn't just school Katie Couric on national television about inappropriate and offensive questions. She isn't just "that hair stylist from Orange is the New Black." Instead, she is taking on a new project, and producing a documentary about CeCe McDonald. Oh, and she picked her up from prison, because she doesn't do anything halfway.

If you haven't been following CeCe's case, it's time to start paying attention. CeCe McDonald identifies as female, yet was placed in a men's prison after being convicted of manslaughter while defending herself from a transphobic attack. On the night of July 5, 2011, CeCe was walking home with some friends, until they were accosted by a group of older white people. The racist and transphobic slurs escalated to physical violence when a woman smashed a glass on CeCe's face, stabbing through her cheek. CeCe held out fabric scissors to defend herself, and ended up stabbing one of the men involved, killing him. Her sentence is 41 months, and although she has been released almost a year before she expected, she will still be on parole for the remaining time. There has been an outpouring of support for CeCe, including a rally that almost shut down the prison, a GLAAD petition in solidarity, and numerous letters in support from dozens of LGBT organizations. Her jail time has been rough, since she was forced into a prison she didn't identify with, but she has a large contingent of supporters. And one of her most vocal supporters is Laverne Cox.

Laverne has made CeCe's time in prison slightly more bearable with her frequent trips to interview her for her upcoming documentary Free CeCe , which is currently in production, which Laverne is co-producing with Jacqueline “Jac” Gares. The project promises to confront "the issue of transphobia and the culture of violence surrounding trans women of color" through Laverne's interviews will CeCe, as well as other investigation into her case.

Instead of simply making a documentary, though, Laverne has made herself a powerful friend to CeCe. Today's excited picture of the two of them after Laverne met CeCe at the prison gates in White Cloud, Minn. shows that. Good work Laverne, we're proud of you, and your commitment to standing by your friends.

More like this
Twitter Is Identifying With Sally Field & Jane Fonda’s Friendship In New Viral Video
By Jake Viswanath
Channing Tatum Wants To Remake This Iconic '90s Film
By Darshita Goyal
Mel B Thinks These Celebs Should Play Them In A Spice Girls Movie
By Alyssa Lapid
24 History-Making Black Women You Probably Didn't Learn About In School
By Ayana Lage and JR Thorpe
Get Even More From Bustle — Sign Up For The Newsletter
From hair trends to relationship advice, our daily newsletter has everything you need to sound like a person who’s on TikTok, even if you aren’t.