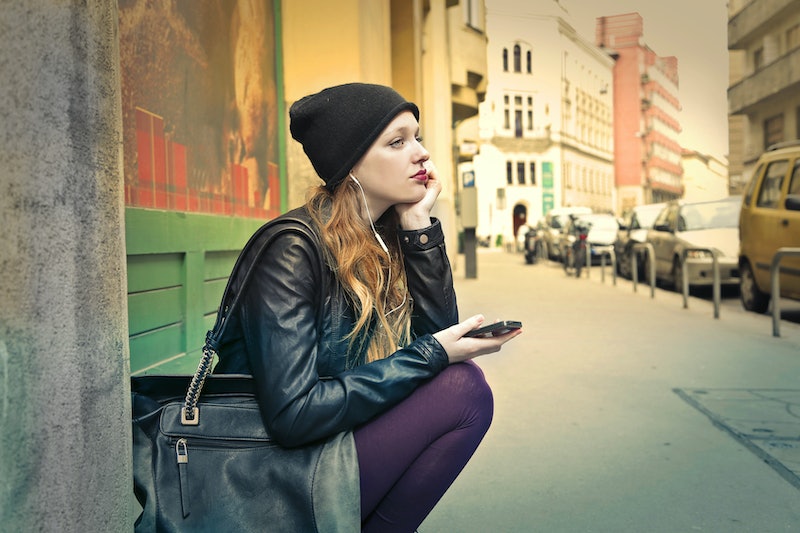 As the case is with relationships, they sometimes come to an end — you go from officially being in a relationship, or married, or engaged, to being not in one. When that happens it can be an awkward transition in the online world, but now Facebook is making ending relationships easier, you know, in case you don’t want to totally block your ex, despite the fact that you know they’re the worst.

When my last partner and I started to get serious, like boyfriend/girlfriend serious, he couldn’t wait to make our relationship “Facebook official.” I remember him excitedly waiting for me to confirm the request that we were a real live couple! We weren’t just a couple in the real world, but a couple online, on Facebook, of all places. If that didn’t mean our relationship was super legit, then I don’t know what did.

According to Facebook Product Manager Kelly Winters, “Facebook is a place for sharing life's important moments, which for many people include their romantic relationships. When a relationship ends, we've heard from people that they sometimes have questions about the options available to them on Facebook.” Basically, Facebook has heard the cries of the brokenhearted and want to make it all better, because let’s be honest, Facebook stalking an ex will get your everywhere, er, I mean, nowhere.

Here are the new features that Facebook is starting to roll out today, in a testing capacity, for those who have gone from the ranks of “Facebook official,” to “I hope I never see you again and I take back all the times I ever said I love you!”

1. No Need To Go Searching Through Every Picture

Once you update your Facebook status to being single, Facebook will immediately offer tools that will help you limit how much you and your ex will see of each other. In the past, you had to do it all manually, but no more! Phew. Because honestly, that was exhausting.

2. You Won’t Necessarily Have To Block Or Unfriend An Ex

Although I’m not sure why anyone would want to stay friends with an ex on Facebook, because who wants to see them happily move on without you, one of the new features is that Facebook will “do our best to not show their posts in News Feed.” Although, I’m not sure “do our best” feels like much a slam dunk, I guess it shows that they'll be making honest and avid attempts to keep you and your ex out of each other's faces.

You know how, presently, Facebook just loves to toss out suggestions when it comes to new messages or tagging friends in photos? Well, once you’ve split from your partner, Facebook is also going to try to stop doing that. The last thing you want to do is happily post a photo from your birthday and see that Facebook has your ex at the top of the list of someone who should be tagged. All of a sudden your day is ruined.

Another feature that Facebook is really excited to offer the newly brokenhearted is the protection from what their former partner will be able to see about them. Photos, videos, and status updates of yours will be extremely limited in your ex’s feed, although there’s no guarantee they won’t see anything at all. But, hey, if they happen to catch the status update that you’re madly in love with some guy named Paulo you met in Barcelona 20 minutes ago, then so be it.

5. You Can Untag Yourself Quickly And Easily

I’ve spent many hours of my life untagging myself from posts and photos with exes, either ones they posted or I did, when we were all happy in love. And when I say hours, I’m not exaggerating. But now all that is about to get so much easier. Not only will you have the option to untag yourself in anything that includes an ex, but you can edit who can see those posts ― aka your ex’s new flame.