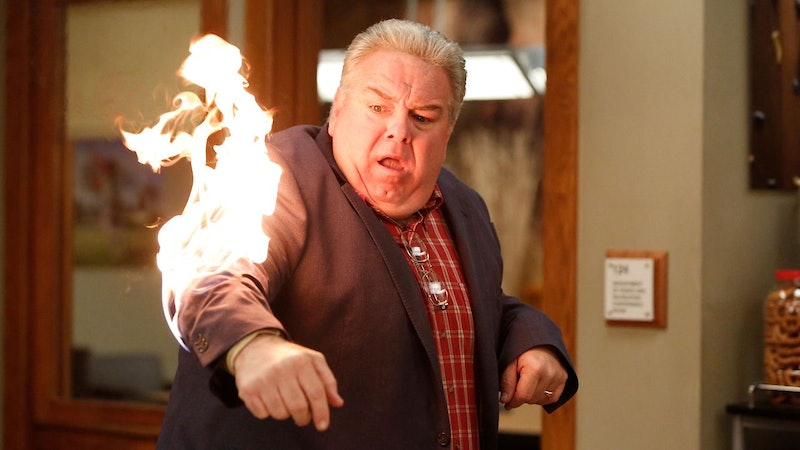 Oh, Jerry. The worst employee of Pawnee, Indiana's Parks and Recreation department just can't seem to catch a break. Whether he's lighting himself on fire, getting pie smushed in his face, or having a very serious fart attack, Jerry/Garry/Larry is constantly the butt of Parks and Recreation's jokes. It's his fault, really; Jerry just doesn't know how not to mess things up. Remember that time he let out Little Sebastian? Or when he forgot to vote for Leslie? Or all the times he got word vomit and said things like "murinal?" Honestly, Jerry, it's just too easy to make fun of you.

Still, there's always been a big difference between Jerry, the Parks and Rec character, and Jim O'Heir, the actor. O'Heir, a TV veteran, has made strong efforts to make sure viewers know that he's nothing like the character he plays, referencing his co-stars' friendliness and his hobby of rescuing puppies. Sure, there've been reasons to think O'Heir and Gergich are closer in personality than the former would like to think, such as when, in a recent Parks & Rec retrospective, the camera drifts off O'Heir's face and forgets he's even speaking, but overall, it seemed that the two men were probably nothing alike.

Until we discovered that Jerry isn't the first role O'Heir's had that's, well, Jerry-ish. Back in a 2004 episode of Friends called "The One With the Birth Mother," O'Heir played an adoption agency worker responsible for messing up Monica and Chandler's files. Remember when the couple had to pretend they were Reverend Monica and Doctor Chandler, and almost lost the adoption? Jerry's fault.

Unfortunately, video of O'Heir's guest spot isn't available online, but you can guess how it goes down. He messes something up, gets yelled at by people more competent than him, and apologizes profusely. Just another day in the life of Jerry Gergich.