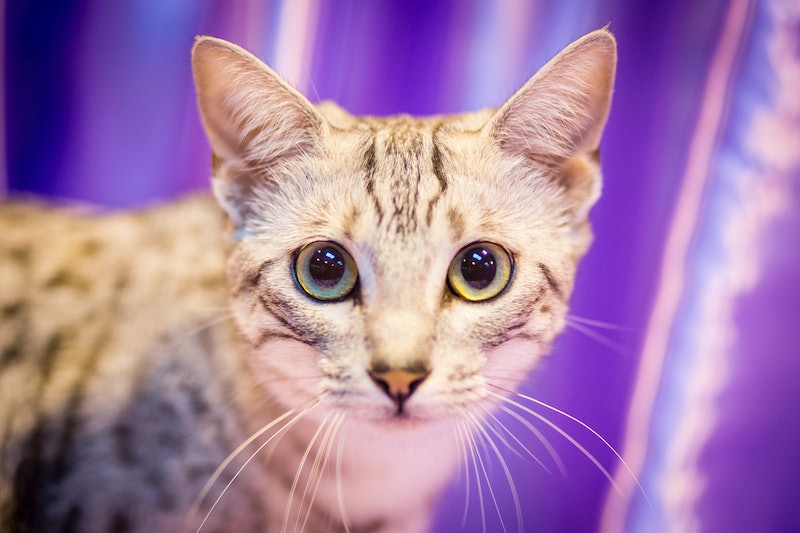 Are you thinking about moving? Here's a tip: The Seattle Times recently released an article detailing the top cities for cat ladies in the United States. Pittsburgh has never sounded more appealing than it has in this moment.

The information presented by The Seattle Times was collected by market research group Nielsen Scarborough. The group surveyed over 400,000 people nationwide in order to learn about "a wide range of consumer and lifestyle behaviors." Though the data collected touched on numerous topics, what really stuck out to researchers was the high percentage of single female cat-owners in certain cities. Surprise!

The Seattle Times theorizes a connection between women and cats in these cities, and larger cities in general — the foremost factor of this relationship being that cats are an ideal city pet. They are largely indoor creatures who don't need constant attention or exercise. They're fully capable of entertaining themselves, and sometimes even prefer it that way. Combine this with the fact that there are a growing number of single women relocating to large cities, and you have the perfect recipe for cat lady central.

Wow — this is really just a Portlandia skit in the making, isn't it? Regardless, Portland is the top destination for single female cat owners: Approximately 10 perent of every single female living in Portland has a feline companion. And I'm sure the ones that don't (and probably tons of men who dig felines, too) are spending all of their free time at Purringtons Cat Lounge, the newly-opened cat cafe with the greatest name of all time.

Seattle plus cats seems like a logical conclusion. If it's rainy and gloomy outside, you're not going to want to drag around a wet dog all day, so why not cuddle inside with a fluffy cat instead? In Seattle, cats are actually more prevalent in single-person homes than family homes — and the city is getting its own (very sophisticated looking) cat cafe in the coming months.

Of single women in Pittsburgh, 8.7 percent are also cat owners. The city also has a plethora of great organizations dedicated to rehabilitating stray, homeless, and feral cats. Pittsburgh CAT and The Homeless Cat Management Team are just two of the many. So there's plenty of healthy cats to go around for all the single ladies!

Kansas City (the one in Missouri, not the one in, you know, Kansas) is home to a healthy 8.4 percent population of certified cat ladies. And we're definitely not talking about those weird cat suit guys from the Royals games. If you're a cat gal living in KC, perhaps consider a membership to the Mo-Kan Cat Club, the "largest Cat Fancier's club in the area."

One might think Denver is the perfect city for a loping Labrador Retriever. Not so if you're a single woman; 8.3 percent of single females in Denver are cat owners. Naturally, Denver is also home to a cat cafe (is this perhaps the real distinctive trend?). On Oct. 29, Denver celebrated National Cat Day by bringing adoptable kittens to your door in an Uber. I'm sure many a cat lady was born on this day.

Head on over to The Seattle Times for more.