Ask anyone who you think Karl Lagerfeld's muse is and you'll probably get different answers, from models Claudia Schiffer and Cara Delevingne, to Hollywood actresses like Julianne Moore and Kristen Stewart. But none of these celebrities come close to Choupette Lagerfeld when it comes to Karl. The fashionable feline has inspired several of her dad's designs over the years, but now Choupette is starring in commercials for Karl Lagerfeld Kids.

The fun and stylish ads debuted this week, featuring an animated Choupette in a series of situations that she probably finds herself in, IRL. One of the ads titled "Runway Talon" shows the Siamese kitten strutting her stuff down the catwalk (obviously) while dodging the models stomping in their stilettos. The second video, called "Photo Bombing," Choupette tries to get her dad's attention at a fashion shoot. The third clip in the series, "Heartfingers," shows the designer sketching one of his couture creations, but only to be interrupted by his favorite pet.

Even though these commercials are for Karl Lagerfeld's debut children's line, I was surprised that there aren't any of the kids' clothing and accessories advertised. Perhaps Lagerfeld it was enough just to feature Choupette, because no one can truly resist her charm. Watch her commercial debut below in "Runway Talon" — 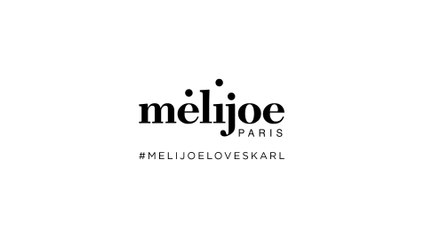 Starring in fashion commercials is just one of the many glamorous things that Choupette gets to do. Here are three other examples of her fab lifestyle:

It's just another day at the office.