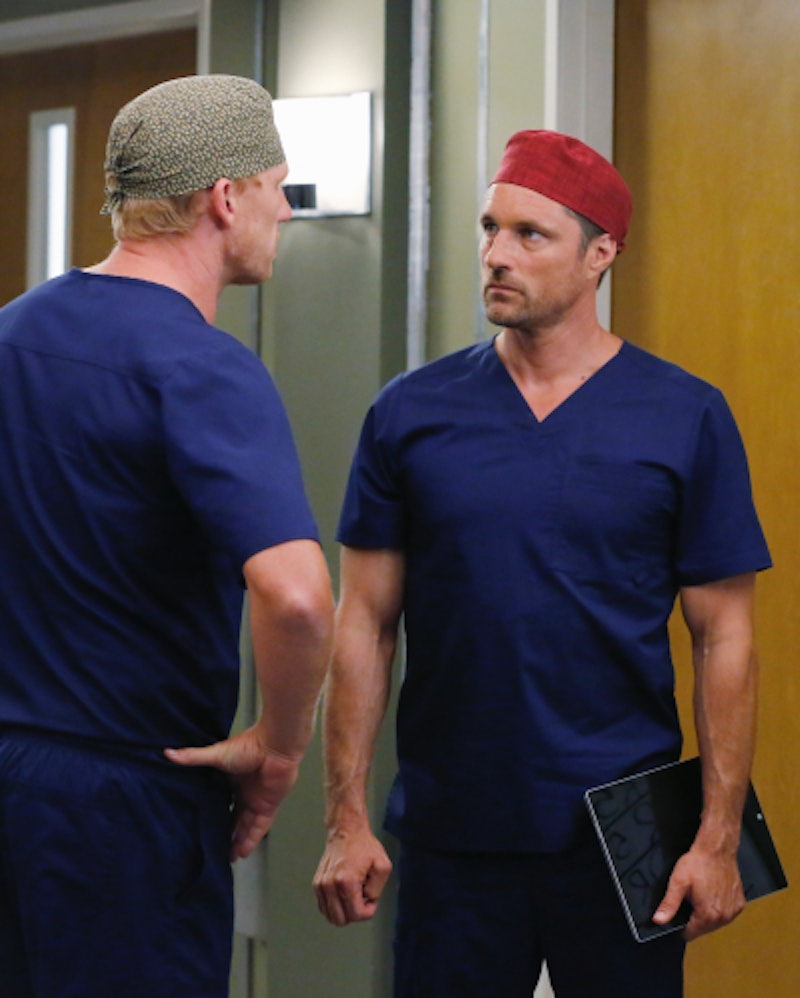 Owen Hunt has had enough problems on Grey’s Anatomy, but the show has added one more—his name is Nathan Riggs. We were first introduced to Nathan Riggs when April Kepner brought him over to Grey Sloan to save an Jordanian orphan. He was tall, strapping, and boy, you should have seen Hunt’s face when he saw Riggs standing there. It was not good. The Jordanian orphan was, of course, saved, but Riggs for some reason has stayed in Seattle. In the Grey’s Anatomy winter finale, things really came to a head—Hunt punched Riggs square in the nose (twice) for insisting that he was a part of Hunt’s family, too. Are Hunt and Riggs related on Grey's Anatomy ?

The setup is this—a massive forest fire injured 40 firemen and sent them to Grey Sloan with severe burns. One of these firemen was John, who is Hunt’s mom’s boyfriend. Riggs, along with Meredith Grey, turned out to be the surgeon operating on John, and when Riggs saw Hunt’s mother and she hugged and kissed him, I knew something was up. Later, Riggs referred to Hunt’s mother as “Ma” and told Hunt that those people were his family as much as Hunt’s. They’re not brothers, so how could they be family? Well, Meredith mentioned something about not knowing that Hunt had a sister, so my guess is that Nathan Riggs was married to Owen Hunt’s sister, and she died or something and Hunt blames Riggs for it.

It makes sense, right? Hunt loves a good grudge, and we’ve never heard of Hunt having a sister. If he didn’t even tell Christina he had a sister, something must have happened to her, and Riggs must have been behind it or loosely to blame for it. Telling, though, is that Hunt’s mother treated Riggs with the utmost in kindness and love. She is clearly not mad at whatever happened, or perhaps she’s just come to terms with it. Whatever it is, Nathan Riggs now works at Grey Sloan, and these two will have to learn to love each other. Or kill each other. Whatever comes first.