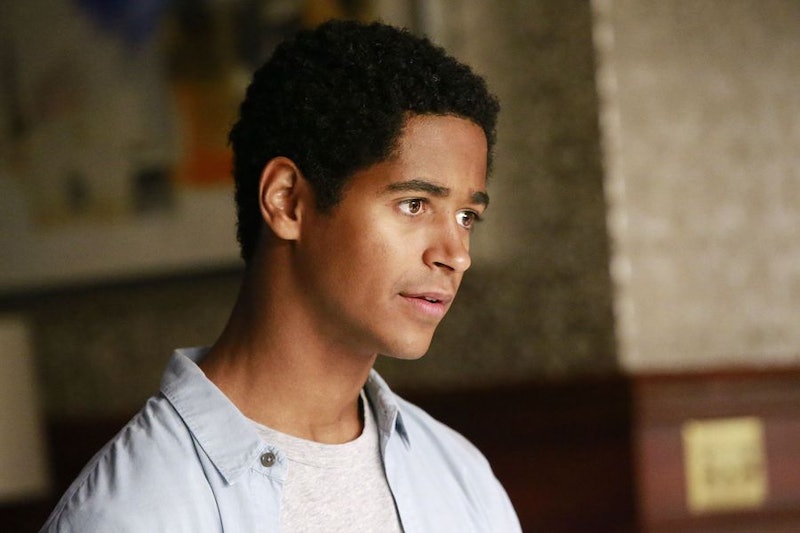 Wes has always been the outcast of the Keating 5 on How To Get Away With Murder, but on the show’s winter finale, we may have learned something about Wes that he barely knew. His name actually isn’t Wes—it’s Christophe, and he’s known Annalise Keating since he was a child. As Annalise was begging Wes to shoot her (a part of her plan to frame Catherine Hapstall, free Nate, and who knows what else), she told him that Rebecca was dead and he — bang — pulled the trigger in a rage. But when he went to finish Annalise off, he heard a voice whispering, “Christophe… Christophe…” Who is Christophe on How To Get Away With Murder ?

Immediately pulling to a flashback, we see a young boy sitting in an interrogation room with a very uncomfortable (or so it seemed to me) police officer. Christophe, the boy, asked if “she”, meaning his mother, was dead, saying that she looked dead when he found her. We knew that Wes’ background was pretty mysterious, but I didn’t know it was this sad. Pan past Christophe and the detective to… a much younger-looking Annalise and Eve standing there, with Eve asking, “what did we do?” Oh, you in danger, girl. I don’t know what you guys did but I know that if involves Annalise cooking a plot, you’re in danger.

So, speculation? I think that Annalise and Eve did something horrible to Wes’ (or Christophe’s) birth mother, and Annalise getting him into school and taking him under her wing is her way of justifying whatever she had to do. Annalise lives in a world of moral relativism, and so if she thinks she is helping people, she is satisfied. It doesn’t matter if she is actually helping people. As long as she feels like it’s helping her, she’s good. It really does explain why Annalise has taken such an interest in Wes. But now that he recalls all of this, where do they go from now? Can he come back to Annalise after her confession and him shooting her? We’ll just have to wait and find out until How To Get Away With Murder comes back from hiatus.