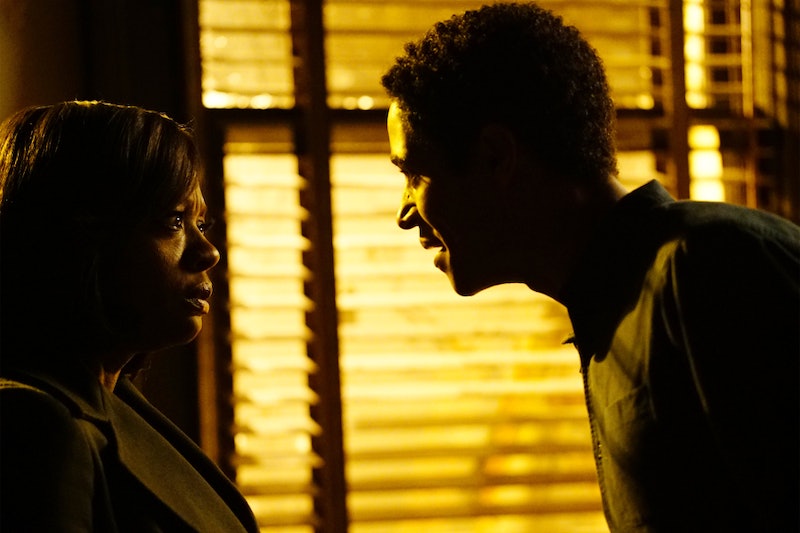 While the majority of viewers are undoubtedly obsessing over who shot Annalise on How To Get Away With Murder , there's another pending mystery that keeps working its way to the forefront of my mind. I'm referring to the question of whether or not Wes is actually Annalise's son on HTGAWM . Right from the start, their relationship has always been a bit of head scratcher and (let's be honest) downright uncomfortable at times. But when Annalise whispered those two little words "it's him" to Eve a few weeks back, theories about Wes' connection to Annalise started sprouting up like wildfire and made many fans wonder if the two characters could actually be related. However, if this series has taught us anything it's that nothing is ever as it seems, so I doubt the answer is as clear-cut as all that.

Clearly, Wes means a great deal to Annalise. She would never let anyone else get away with some of the things he has. But I honestly don't think that the reason for that has anything to do with DNA. And if it does, then this relationship is even more messed up than I thought, which is really saying something. But don't just take my word for it. HTGAWM has provided us with a bunch of clues that prove this dynamic is not of the mother and son variety. For example…

1. All Of The Inappropriate Touching

There's a reason we've felt so uncomfortable during Wes and Annalise's interactions with each other. The tension always seems to have a sexual type of undertone, one that wouldn't exist if Annalise knew they were blood-related. At least, I hope that would be the case.

When Annalise confesses to Eve that Wes is the mysterious "him," she responds by saying that Annalise is a "very good person." Not mother — person, which suggests that Annalise has done something to help Wes in the past. Perhaps his mother or father was a former client of hers? Either way, it doesn't give off a very motherly vibe.

We know that Wes' mother supposedly committed suicide when he was 12 years old, but I have a feeling there's a lot more to this story than meets the eye. Heck, it's entirely possible that Wes killed his mother, then had a Norman Bates blackout and completely forgot. (Perhaps that's why Annalise was so willing to help him cover up Sam's murder, if she knows the truth.) Either way, though, this storyline is intriguing enough as it is. There'd really be no need to throw in another big plot twist.

This series prides itself on its ability to shock us, so if Annalise really was Wes' mother, they wouldn't have made it seem quite so obvious. I think they just want us to think these two are related so that they can surprise us with yet another unexpected twist down the line.

5. Did I Mention The Whole Inappropriate Touching Thing?

Because I really can't stress that point enough. I'm all for mother-son bonding, but this would be taking that concept a little too far for my liking. So whatever connection these two share, it definitely lies outside of the family tree.